Kangana Ranaut and Rajkummar Rao starrer Judgementall Hai Kya has registered an average second week after showing a fair performance in the first week. Due to the new release Hollywood biggie Hobbs & Shaw, all the existing offerings at the Indian box office have recorded a dent in business. 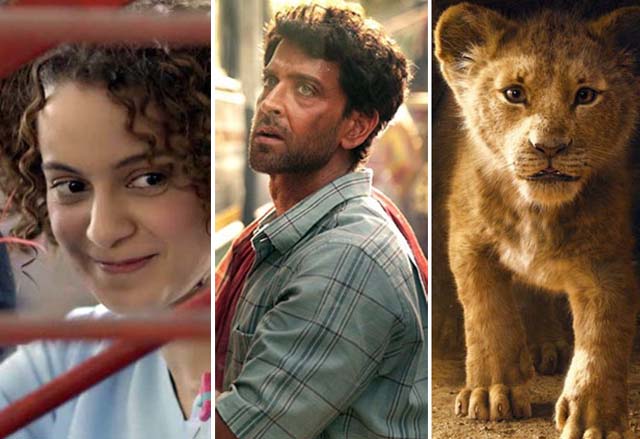 In parallel, the other Hollywood offering The Lion King has passed its third week at a steady note after the two blockbuster weeks. In the third weekend, it did the business of 11.88 crores with 1.76 crores on Friday, 4.45 crores on Saturday & 5.67 crores on Sunday.

Then on weekdays, after some drop, Disney’s presentation managed to collect 1.44 crore on Monday, 1.20 crore on Tuesday, 1.10 crore on Wednesday & 1.02 crore on Thursday. After 3 weeks, its total collection has raised to 143.96 crores nett including the business of 127.32 crores from last 2 weeks.

On the other hand, Hrithik Roshan and Mrunal Thakur starrer Super 30 has remained steady in its fourth week as well. In the fourth weekend, it had raked the business of 6.28 crores with 0.96 crore on Friday, 2.10 crores on Saturday & 3.22 crores on Sunday.

On weekdays, Hindi biographical drama had faced a slight drop and minted 0.85 crore on Monday, 0.81 crore on Tuesday, 0.85 crore on Wednesday & 0.80 crore on Thursday. With this, the 4 weeks total collection of Vikas Bahl’s directorial has become 141.24 crores nett including 131.65 crores from last 3 weeks.