This Friday released a couple of new Hindi offerings Judgementall Hai Kya and Arjun Patiala have not taken the desired start, although the latter one has eventually registered a decent opening. Both have recorded a significant dent in business due to the last week released Hollywood film The Lion King. 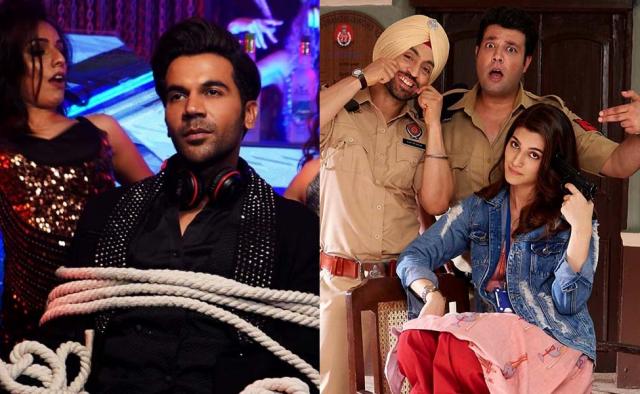 Kangana Ranaut and Rajkummar Rao starrer dark comedy Judgementall Hai Kya has got succeed to hit the target among the audience in metros and getting a favourable reaction. From the critics as well, it has received mostly positive reviews and gathered a good word of mouth.

On the opening day, Prakash Kovelamudi’s directorial took an average start with 15-20% occupancy in the morning. Post noon shows, it showed improvement and done the business of 5.40 crores nett. As per the current trend, it is expected to take good growth over the weekend.

On the other hand, Diljit Dosanjh, Kriti Sanon and Varun Sharma starrer comedy-drama Arjun Patiala doesn’t live up to the expectations and has received mostly negative reviews from critics. While the audience has a mixed opinion, which won’t help it much.

On Friday, Rohit Jugraj’s directorial was opened at a dull note with 5-10% occupancy across India in the morning. Over the evening and night shows, it took a normal jump in footfalls and minted the amount of 1.50 crore. Arjun Patiala has to take a solid growth over the weekend for an acceptable business total.