After an excellent opening weekend, the family entertainer Jug Jugg Jeeyo entered on weekdays and passed the critical Monday test on a fair note. Being a normal working day, the film recorded a significant drop in footfalls on day 4 but still managed to hold well at the box office. 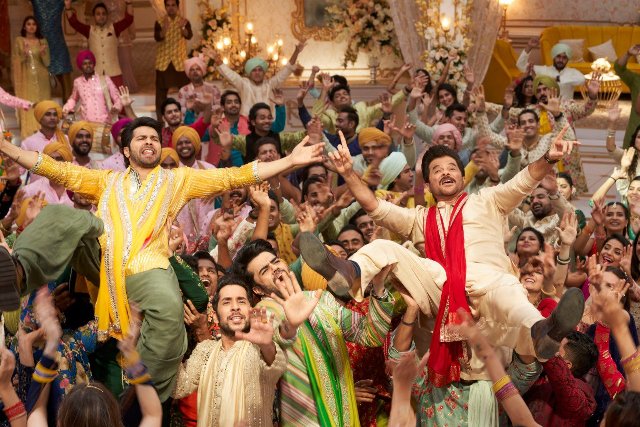 Directed by Raj Mehta, Jug Jugg Jeeyo has received favourable reviews from many critics as well as the audience and garnered positive word of mouth. The film features Anil Kapoor, Neetu Kapoor, Varun Dhawan, Kiara Advani, Maniesh Paul, Tisca Chopra, and Prajakta Koli who are being praised by everyone for their performances.

Produced by Karan Johar, Jug Jugg Jeeyo started its box office journey on a decent note on Friday and registered the fifth-best opening of the year in Bollywood with 9.28 crores. Over the weekend, the film showed solid growth and minted an amount of 12.55 crores on Saturday and 15.10 crores on Sunday.

In the opening weekend, Jug Jugg Jeeyo has raked 36.93 crores nett from 3375+ screens across the country. Now the film has entered on weekdays and being normal working days, there is an expected drop in footfalls. On Monday, it witnessed a decline of 48.06% viz-a-viz Friday and did a business of 4.82 crores nett.

With this, Jug Jugg Jeeyo has registered a total business of 41.75 crores nett after 4 days at the domestic box office. If the film remains steady further, it is expected to collect around 54 crores by the end of this week. In the overseas market as well, JJJ is running successfully and has grossed approx. 69 crores worldwide in 4 days.