After an average start, Vidyut Jammwal starrer much-awaited Junglee picked up over the weekend and registered a decent business at the domestic box office. While the adjacent release Salman Khan’s production Notebook remained on the lower side throughout the weekend despite positive reactions. 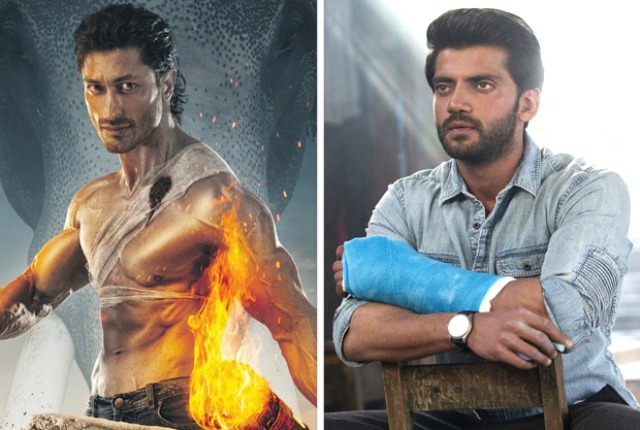 Directed by the American filmmaker Chuck Russell, the Hindi action-adventure stands high on actions performed by Vidyut himself. As a result, it got succeed to entertain the audience across the country, but unfortunately gathered mixed reviews from the critics.

On Friday, Junglee was opened at a poor note in the morning and eventually registered the business of 3.35 crores. Over the weekend, it managed to attain a decent pace and minted 4.45 crores on Saturday & 6.05 crores on Sunday. After the weekend, its total collection has become 13.85 crores nett.

On the other hand, newcomers Pranutan Bahl & Zaheer Iqbal starrer intense romantic drama has received mostly positive reviews from the critics but got failed to attract enough audience over the weekend despite being backed by superstar Salman Khan.

On Friday, Nitin Kakkar’s directorial started its journey at a poor note and raked the business of only 0.75 crore. Over Saturday & Sunday, Notebook recorded a decent jump and minted 0.90 crore & 1 crore respectively. After the weekend, its total collection has become 2.65 crores nett at the domestic box office.