The new age action hero of Bollywood, Vidyut Jammwal’s recent much-awaited offering Junglee managed to pick up decently over the weekend after a slow start and now slowing down again in weekdays. While Salman Khan’s production Notebook is struggling since its release. 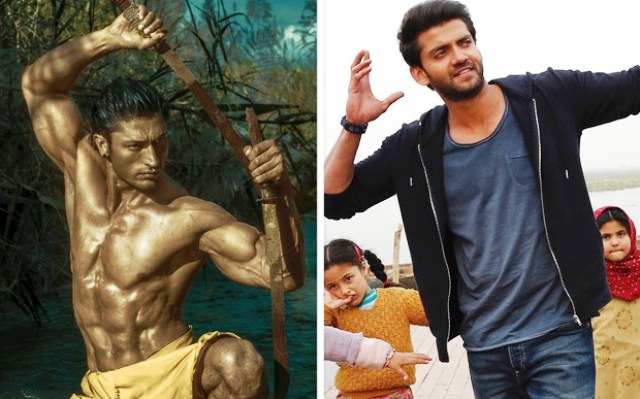 Directed by Chuck Russell, the Hindi action-adventure Junglee has received mixed reviews from the critics but got succeed to entertain most of the viewers because of its hard-hitting actions performed by Vidyut himself. In the weekend, it did the business of 13.85 crores with 3.35 crores on Friday, 4.45 crores on Saturday & 6.05 crores on Sunday.

Now on weekdays, Junglee Pictures’ production is, unfortunately, showing a downtrend. On Monday, it faced a drop of 28.36% vis-a-vis Friday and minted 2.40 crores. With a further dip, the film bagged 1.90 crores on Tuesday & 1.55 crore on Wednesday & raised its 6 days total domestic collection to 19.70 crores nett.

On the other hand, newcomers Zaheer Iqbal & Pranutan Bahl starrer Notebook has got failed to get enough attention from the audience despite positive feedback. In the weekend, at a poor note, it raked the business of 2.65 crores which included 0.75 crore on Friday, 0.90 crore on Saturday & 1 crore on Sunday.

Then on weekdays, after a normal drop in footfalls, Nitin Kakkar’s directorial managed to collect 0.50 crore on Monday & 0.40 crore on Tuesday. On the next day i.e. Wednesday, Notebook minted 0.35 crore and raised its 6 days total collection to 3.90 crores nett at the domestic box office.