Everyone is just talking about the superstar Rajinikanth starrer crime action offering Kabali, which has released today worldwide on around 4000 screens in Tamil, Telugu & Hindi languages. The craze of the movie among audience is on seventh sky, which can be seen outside the theaters and on social media. As expected Kabali started on an phenomenal note across the globe and getting overwhelmed response from fans as well as audience. But critics are not looking completely satisfied with this highly buzzed movie. As per critics, Thalaiva is at his best in Kabali and has given mind blowing performance but the weak direction pulls it back. Despite this, the superstar made it super entertaining and worth watch family entertainer with his steller presence. Fans of Rajinikanth are very excited with the movie and showing big thumbs up for it.

From early morning, almost all the shows of Kabali in India are houseful and it is all set to register gigantic opening. South India is celebrating the #KabaliDay as a festival and witnessing stupendous excitement of audience toward the movie. In North, theaters are reporting huge foot fall and chaos on ticket windows. It seems mixed reviews from critics are not affecting the performance of Kabali by any mean; may the second day will face heavy fall. 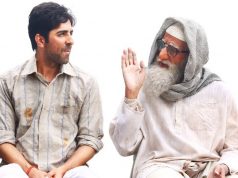