Shahid Kapoor and Kiara Advani starrer Hindi film Kabir Singh continues its magical run at the box office. Even in the third week, it doesn’t seem in a mood to slow down despite having several new releases & ongoing cricket world cup in the parallel. Within just 19 days, it has become the 11th highest grosser of all time in Bollywood by surpassing Simmba (240.31 crores). 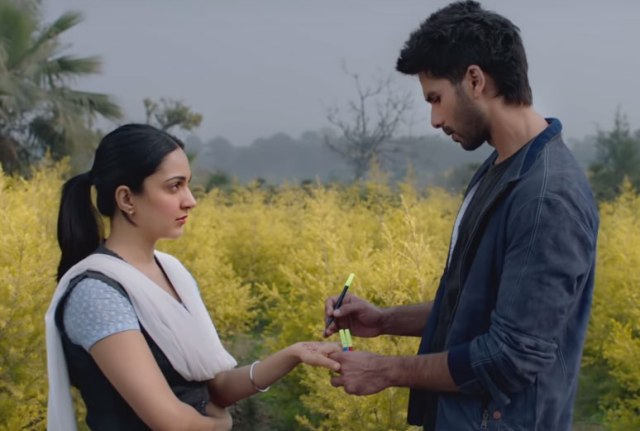 Directed by Sandeep Reddy Vanga, the official Hindi remake of Telugu smash hit Arjun Reddy has entertained many in theatres and gained a terrific word of mouth. In the opening week, it did the massive business of 134.42 crores with 70.83 crores in the weekend & 63.59 crores on weekdays from 3123 screens.

In the second week as well, Kabir Singh had maintained a solid pace and garnered the business of 78.78 crores that included 47.15 crores in the weekend and 31.63 crores on weekdays from 2500+ screens. After the 2 weeks, its total collection was recorded at 213.20 crores.

Then in the third weekend, at a strong note, Bhushan Kumar & Murad Khetani’s production managed to collect the amount of 22.52 crores from 2000+ screens with 5.40 crores on Friday, 7.51 crores on Saturday & 9.61 crores on Sunday. Now the film has entered on weekdays once again and still has a good hold over the audience.

On 3rd Monday, Kabir Singh had recorded a drop of 21.30% vis-a-vis 3rd Friday and minted the amount of 4.25 crores. On the next day i.e. 3rd Tuesday, it got hit by India vs New Zealand cricket world cup semifinal match and raked 3.20 crores. After this, its 19 days total collection has become 243.17 crores nett at the domestic box office.