The official Hindi remake of Telugu smash hit Arjun Reddy, Kabir Singh has passed its fifth weekend also at a strong note. Despite the highly-buzzed new release The Lion King & the existing one Super 30, it remained almost unaffected at the box office and has crossed the mark of 270 crores within 31 days. 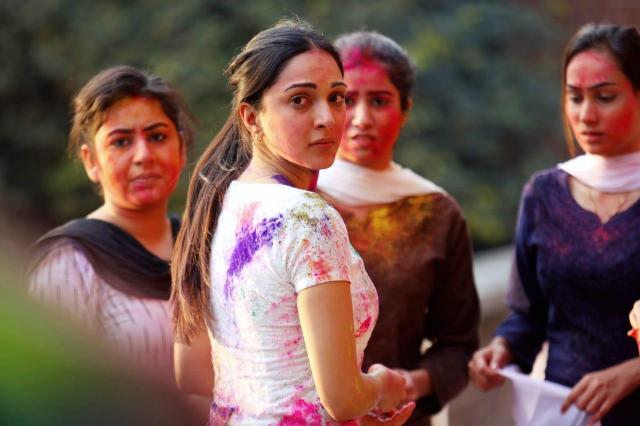 Starring Shahid Kapoor and Kiara Advani as a leading pair, the Hindi romantic drama has received super positive reactions from the audience as well as most critics and gathered a solid word of mouth. As a result, it showed a better trend than many biggies and has become an all-time blockbuster of Hindi Cinema.

In the last 4 weeks, at an exceptional note, Sandeep Reddy Vanga’s directorial Kabir Singh had raked the massive business of 266.26 crores that included 134.42 crores in the first, 78.78 crores in the second, 36.40 crores in the third and 16.66 crores in the fourth week.

Produced by Bhushan Kumar and Murad Khetani, the film is now running the fifth week and has started the weekend at a steady note despite The Lion King & Super 30. After a normal drop as compared to the previous day, it had managed to collect the amount of 1.03 crores on 5th Friday.

Then on 5th Saturday, Kabir Singh took a noticeable jump in footfalls and raked the business of 1.65 crores. On the next day i.e. 5th Sunday, the film has witnessed further growth and minted 2.30 crores. After 31 days, its total collection has become 271.24 crores nett at the domestic box office.