After the four blockbuster weeks, Shahid Kapoor and Kiara Advani starrer Kabir Singh has passed the fifth week also at a strong note. Despite having the new highly-buzzed The Lion King along with the holdover title Super 30, it has remained almost unaffected and done the business of around 274 crores within 35 days of release. 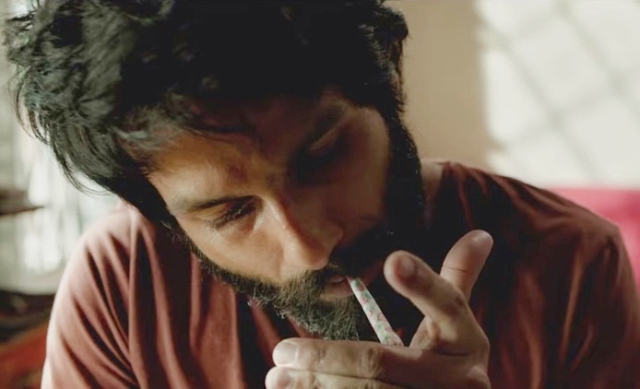 The official Hindi remake of Telugu smash hit Arjun Reddy has got succeed to make the desired impact on viewers and gathered a solid word of mouth. From critics also, it has received mostly positive reviews and as a result, still showing an exceptional trend at the box office.

In the last 4 weeks, by remaining super-strong throughout, the Hindi romantic drama Kabir Singh had raked the massive business of 266.26 crores that included 134.42 crores in the first, 78.78 crores in the second, 36.40 crores in the third and 16.66 crores in the fourth week.

In the fifth weekend also, Sandeep Reddy Vanga’s directorial managed to remain steady and did the business of 4.98 crores with 1.03 crore on Friday, 1.65 crores on Saturday & 2.30 crores on Sunday. Then on weekdays, despite a normal decline in footfalls, it has scored well on board.

On 5th Monday, Kabir Singh had minted the amount of 0.82 crore. Further, it managed to collect 0.82 crore on 5th Tuesday & 0.77 crore on 5th Wednesday. On the next day i.e. 5th Thursday, Bhushan Kumar & Murad Khetani’s production has bagged the amount of 0.71 crore and raised 5 weeks total collection to 274.36 crores nett at the domestic box office.