Shahid Kapoor and Kiara Advani’s latest offering Kabir Singh is rocking at the box office since its release. After a massive opening weekend, it remained super strong on Monday. Despite a normal working day, the film has maintained a terrific pace throughout the day and surpassed the lifetime total of Badla (88.29 crores) within 4 days. 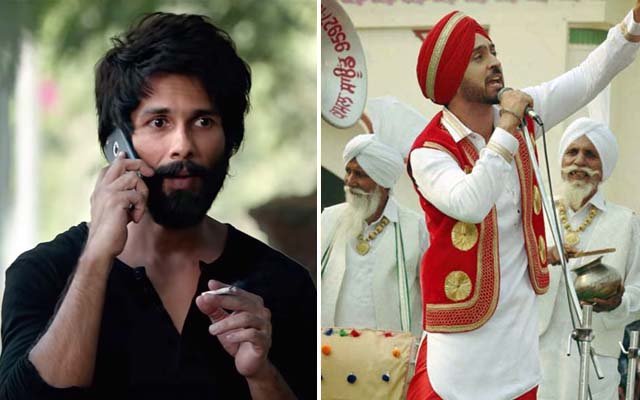 Directed by Sandeep Reddy Vanga, Kabir Singh is the official adaptation of Telugu smash hit Arjun Reddy and has got succeed to hit the target right. The Hindi romantic drama has received mostly positive reviews from critics and getting an overwhelming response from the audience nationwide.

On Friday, Kabir Singh had started its journey at an excellent note in the morning and recorded a solid jump post noon shows. In the end, it registered the 4th highest opening of the year so far in Hindi Cinema and the biggest one of Shahid Kapoor’s career with 20.21 crores.

Over the weekend, it showed a positive uptrend and bagged the amount of 22.71 crores on Saturday despite India Vs Afghanistan cricket match and 27.91 crores on Sunday. Now T-Series Films & Cine 1 Studios’ production has entered on weekdays and still has an outstanding hold over the audience.

On Monday, Kabir Singh witnessed a drop of only 13.21% vis-a-vis Friday and minted the amount of 17.54 crores. After 4 days, its total collection has become 88.37 crores nett at the domestic box office from 3123 screens. As per the current trend, it is expected to join the 100-crore club by Tuesday.

On the other hand, Diljit Dosanjh and Neeru Bajwa starrer Punjabi film Shadaa is smashing records at the box office. With a positive word of mouth, it has registered the highest opening weekend business of all time in Punjabi Cinema with 9.25 crores nett (10.89 crores gross) that included 2.60 crores on Friday, 3.05 crores on Saturday & 3.60 crores on Sunday.

Jagdeep Sidhu’s directorial comedy-drama has now entered on weekdays and still has a solid pace. On Monday, it recorded a drop of 9.62% vis-a-vis Friday and raked the business of 2.35 crores. After 4 days, the total collection of Shadaa has become 11.60 crores nett (13.62 crores gross) from 500 screens across India.