After the three blockbuster weeks, Shahid Kapoor and Kiara Advani starrer Kabir Singh has now entered in the fourth week and still doesn’t seem ready to slow down. Despite the new major Hindi release Super 30, it remained almost stable on 4th Friday and has crossed the mark of 250-crore nationwide. 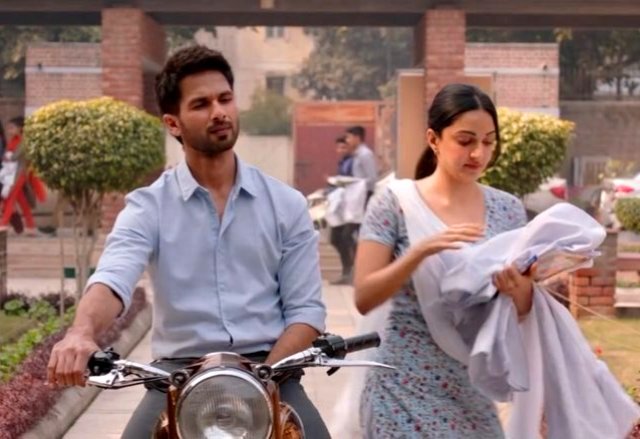 The official Hindi remake of very successful Telugu film Arjun Reddy was opened at an excellent note and still continues its magical run at the box office. In the first week, it did the business of 134.42 crores that included 70.83 crores in the weekend & 63.59 crores on weekdays from 3123 screens.

In the second week as well, unconventional romantic drama Kabir Singh had maintained a solid pace despite Ayushmann Khurrana’s Article 15 and managed to garner the business of 78.78 crores with 47.15 crores in the weekend and 31.63 crores on weekdays from more than 2500 screens.

Then in the third week, Sandeep Reddy Vanga’s directorial had remained unaffected despite Hollywood biggie Spider-Man: Far From Home and raked the business of 36.40 crores that included 22.52 crores in the weekend and 13.88 crores on weekdays from 2000+ screens. After 3 weeks, the total collection of the film was recorded at 249.60 crores.

Now in the fourth week, Kabir Singh has started the weekend at a good note despite a normal drop in footfalls due to Hrithik Roshan’s Super 30 and minted the amount of 2.54 crores. With this, its 22 days total collection has become 252.14 crores nett at the domestic box office.