The newly released content-driven Hindi film of Ayushmann Khurrana with Rakul Preet Singh and Shefali Shah, Doctor G took a decent start at the box office despite the low pre-release buzz. Due to positive word of mouth, the film has shown substantial growth over the weekend and registered a good 3-day total. 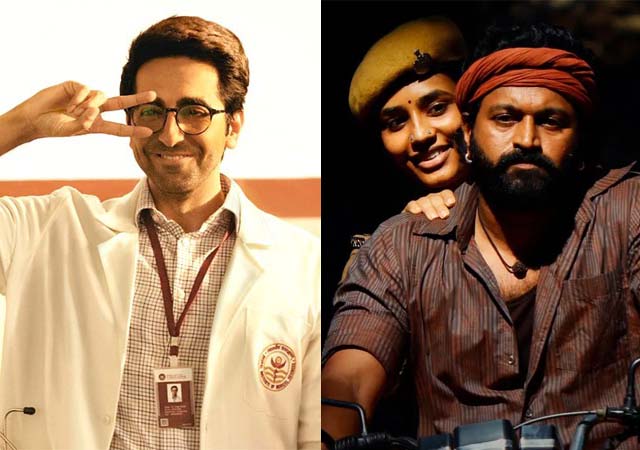 Directed by Anubhuti Kashyap, the medical comedy Doctor G has managed to create the desired impact on viewers with its interesting storyline and excellent performances by the leading actors. Ayushmann Khurrana keeps experimenting with new subjects and like always everyone is praising him this time too.

On Friday, Junglee Pictures’ production film opened on a decent note and did a business of 3.87 crores. As expected, it recorded good growth on Saturday and collected 5.22 crores. With a further jump, Doctor G minted an amount of 5.94 crores and registered a first weekend total of 15.03 crores nett at the domestic box office.

On the other hand, the dubbed Hindi version of the Kannada film Kantara has also been released in theatres this Friday. Despite several new Bollywood films in the opposite, the action thriller has registered a decent opening in the Hindi circuit and also taken a huge jump over the weekend due to solid word of mouth.

Directed by Rishab Shetty, Kantara is already soaring in Karnataka and impressed everyone with its terrific storyline. With the Hindi version, the film took a better start than Vikrant Rona (1.11cr) and collected 1.27 crore on Friday. On Saturday, it managed to garner 2.75 crores with a jump of 165.35% vis-a-vis day 1.

Showing further growth, Kantara (Hindi) managed to collect 3.50 crores and registered a 3-day total of 7.52 crores nett. Hombale Films’ this new production film is expected to stay steady on weekdays as well in the Hindi circuit.