The debut film of Saif Ali Khan & Amrita Singh’s daughter Sara Ali Khan opposite Sushant Singh Rajput, Kedarnath has taken a decent start at the box office. Unexpectedly, the film opened on a slow note but managed to pick up well post noon shows in multiplexes. 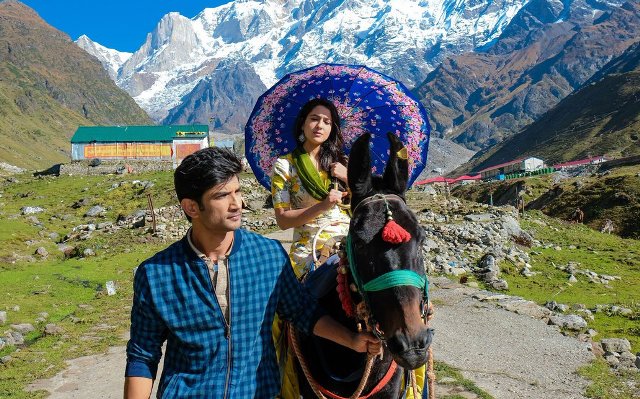 Directed by Abhishek Kapoor, Kedarnath was released on Friday amid the decent buzz despite an interesting trailer. Because of weak story-line & average music, this love story has received mixed reviews from the critics as well as the audience, but everyone is praising the performance of debutante Sara Ali Khan.

Ronnie Screwvala’s production under the banner RSVP Movies opened on a slow note in the morning with an occupancy of 10-15% across the country. Over the evening & night shows, it showed a good growth in metro cities and managed to register the opening business of 7.25 crores, which is good & above earlier expectations.

Kedarnath has the biggie 2.0 in the opposite which is running in its second week but still has a very good hold over the audience. So it is not easy for Sushant-Sara starrer to compete at the box office with mixed word of mouth but it has to maintain the pace over the weekend for a good total.

The intense love story set against the backdrop of Uttarakhand’s Kedarnath is facing a partial ban in the state because some politicians & Hindu religious groups haven’t found the film appropriate & asked for deleting the objected scenes.