Marks the acting debut of sensational Sara Ali Khan opposite to the new-age star Sushant Singh Rajput, Kedarnath is all set to release this Friday i.e. 7 December 2018. Directed by Abhishek Kapoor, the intense romantic drama has a good pre-release buzz and expected to open decently across India. 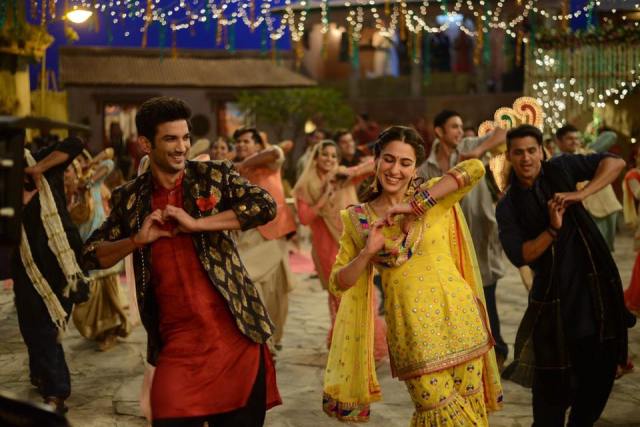 Even before starting her career, the daughter of actor Saif Ali Khan & Amrita Singh, Sara Ali Khan has created a solid fan base, this is why Kedarnath is making buzz since its announcement was made. Also, the presence of a very promising & successful actor Sushant Singh Rajput in lead role makes it year’s much-anticipated Hindi film.

As per the initial buzz, RSVP Movies & Guy in the Sky pictures’ production points toward a positive start, but there is a mammoth 2.0 in the opposite which is guaranteed to score higher even in the second week. So Kedarnath must have to impress viewers with its content, only then it can survive at the box office.

Considering the previous records & the current scenario including the 2.0 effect, Kedarnath seems capable to open in a range of 5-6 crores which is decent enough. Although, Sushant-Sara starrer could score more on the board if audience & critics react in its favor.