After a good opening weekend, the debut film of Saif Ali Khan & Amrita Singh’s daughter Sara Ali Khan opposite to Sushant Singh Rajput, Kedarnath is maintaining a good pace on weekdays as well despite the ban in state Uttarakhand and having the last week released biggie 2.0 in its parallel. 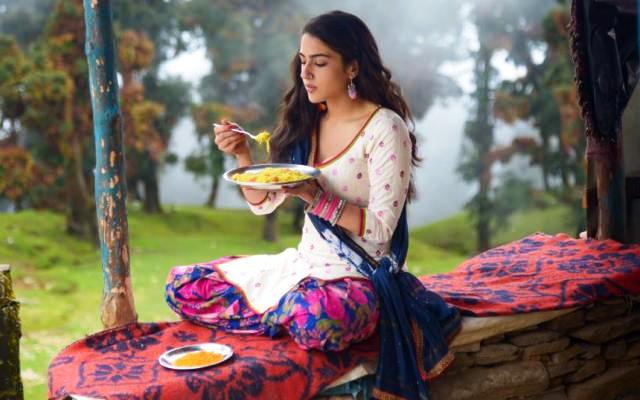 Directed by Abhishek Kapoor, the much-anticipated Kedarnath has unexpectedly got failed to make the desired impact on critics as they found it weak with story & direction, but fortunately, the film is getting good support from the audience across India & heading steadily at the box office.

The intense love story set against the backdrop of Uttarakhand’s Kedarnath was released amid the decent buzz and ended the day on a good note despite a slow start. Over the weekend, it showed a fair growth and registered the business of 27.75 crores that included 7.25 crores on Friday, 9.75 crores on Saturday & 10.75 crores on Sunday.

Now the RSVP Movies & Guy in the Sky Pictures’ production is running on weekdays and still witnessing a good occupancy in theatres across India, especially in the metro cities. On Monday, with a drop of 41.38% than Friday, it did the business of 4.25 crores at the domestic box office.

While on Tuesday, after a further drop, Kedarnath has minted 3.75 crores and raised its 5 days total collection to 35.75 crores nett (45.83 crores gross) from around 2000 screens nationwide. With this, Sushant-Sara starrer has recovered all its investment which is approx. 35 crores.