After a good opening week, last Friday released much-anticipated Kedarnath has entered in its second weekend on a steady note despite the new arrivals Hollywood biggie Aquaman & several unnoticeable Hindi offerings. The intense love story is still banned in the state Uttarakhand, which is not a good sign for makers. 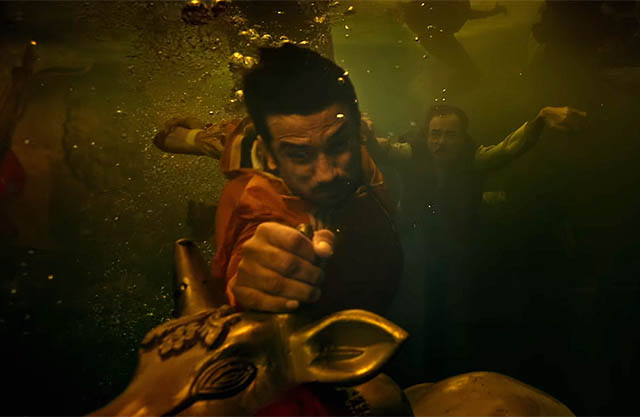 Marks the debut of Saif Ali Khan & Amrita Singh’s daughter Sara Ali Khan paired opposite Sushant Singh Rajput, Kedarnath has got failed to make the desired impact on viewers due to an average music. But with the support of the multiplex audience, it has registered a solid total in the first week.

After a good start, Abhishek Kapoor’s directorial showed a fair uptrend over the opening weekend despite the already-existing magnum opus 2.0 and raked the business of 27.75 crores with 7.25 crores on Friday, 9.75 crores on Saturday & 10.75 crores on Sunday.

Then on weekdays, Kedarnath successfully remained steady and minted 4.25 crores on Monday, 3.75 crores on Tuesday, 3.50 crores on Wednesday & 3.20 crores on Thursday. After a week, the total collection of the movie was recorded at 42.45 crores at the domestic box office from around 2000 screens.

Now on 2nd Friday, with a usual drop in footfalls, RSVP Movies & Guy in the Sky Pictures’ production bagged the amount of 2.51 crores and raised its 8 days total collection to 44.96 crores. Kedarnath is all set to go past 50-crore nett mark by this weekend.