After a couple of successful weeks, the period war drama Kesari has started its third week at a steady note despite the new release John Abraham starrer Romeo Akbar Walter & the ongoing IPL 2019. Due to solid word of mouth, it still has a good hold over the audience nationwide. 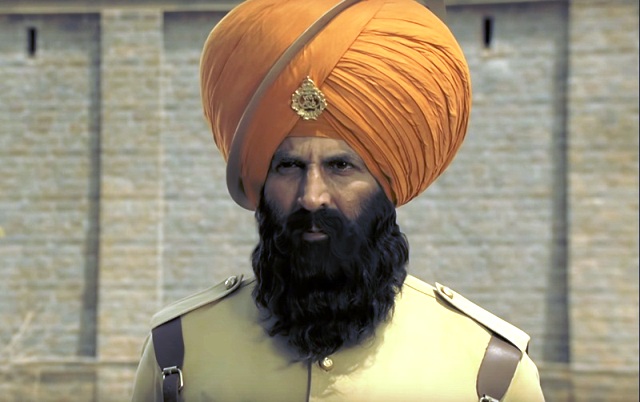 Starring superstar Akshay Kumar & Parineeti Chopra in lead roles, Kesari has received very positive reviews from the critics as well as the audience. Expectedly it got succeed to impress everyone with the impactful content and become the highest grossing Bollywood film for Akshay within 2 weeks of release.

In the extended opening week, Anurag Singh’s directorial remain strong throughout and did the business of 105.86 crores which included 78.07 crores in the 4-days weekend and 27.79 crores on weekdays from 3600 screens across the country.

Then in the second week as well, it maintained a good pace and raked the business of 29.66 crores with 19.15 crores in the weekend and 10.51 crores on weekdays. After 2 weeks, the total collection of the film was recorded at 135.52 crores nett at the domestic box office.

Kesari has now entered in its third week with a steady pace and managed to collect the amount of 1.65 crores on 3rd Friday after a drop of 20.29%. With this, its 16 days total collection has become 137.17 crores nett. As per the current trend, it is expected to rake around 142 crores by the end of this weekend.