One of the highly-awaited Hindi movies of the year, Kesari is in theatres now and expectedly, took a tremendous start at the box office. Due to the Holi festival, superstar Akshay Kumar starrer released a day earlier on Thursday and witnessed a record occupancy from evening shows after a decent opening in the morning. 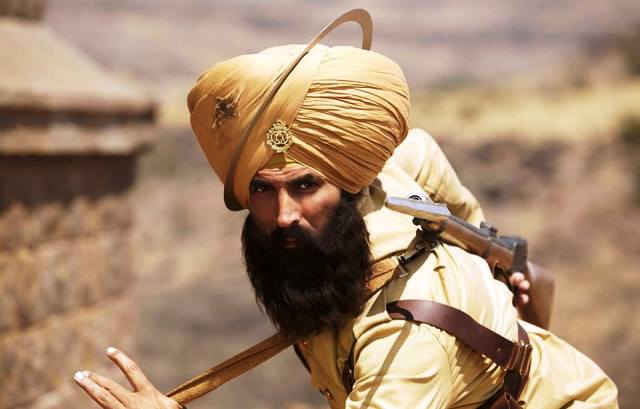 Directed by the director of critically acclaimed Punjabi film Punjab 1984 Anurag Singh, the Hindi war drama has received very positive reviews from the critics for its impactful story & solid direction. From the audience as well, the movie is getting a wonderful response and gained a strong word of mouth.

On the opening day i.e. Thursday, Kesari took an overall decent start in the morning as there were limited shows till noon across the country due to the Holi festival. From the evening shows, it recorded an exceptional occupancy in theatres and registered the business of 21.06 crores nett from 3600 screens.

With this, Karan Johar, Aruna Bhatia & Sunir Khetrapal’s production has become the highest opener of the year so far in Hindi cinema after beating the record of Gully Boy (19.40 crores). It has also emerged as the second best Hindi opener for Akshay Kumar after Gold (25.25 crores).

Kesari is a true story of extreme courage & sacrifice based on the bravest battle ever fought between 21 Sikh soldiers of British Army & 10000 Afghan invaders in 1897, the Battle of Saragarhi. The movie is expected to remain super strong throughout its 4-days extended opening weekend.