Despite a bunch of new releases this Friday, the already existing Kesari & Romeo Akbar Walter have started their new week at a steady note & showing a positive uptrend over the weekend. While the new Hindi releases are even lagging behind the new Punjabi film Manje Bistre 2. 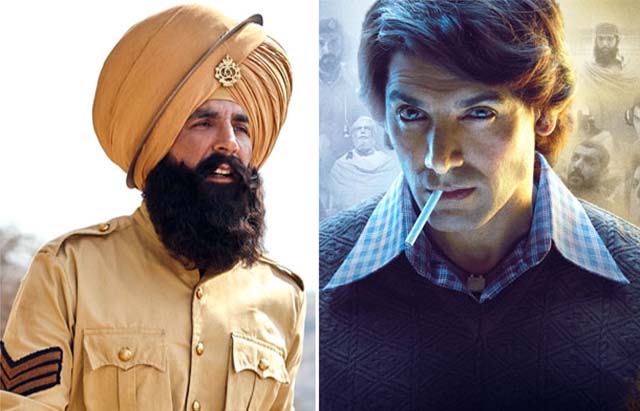 Starring superstar Akshay Kumar & Parineeti Chopra in lead roles, Kesari has passed its last three weeks at an overall excellent note and did the business of 147.21 crores which included 105.86 crores in the 8-days extended first week, 29.66 crores in the second & 11.69 crores in the third.

Now Anurag Singh’s directorial period war drama is running in its fourth week and started the weekend at a steady note with 0.70 crores on 4th Friday. On the next day i.e. 4th Saturday, it took a healthy jump and managed to collect 1.30 crore. After 24 days, its total collection has become 149.21 crores nett at the domestic box office.

On the other hand, last week released John Abraham & Mouni Roy starrer Romeo Akbar Walter aka RAW was started its journey at a dull note due to mixed reactions and did the business of 32.05 crores in the first week with 22.70 crores in the weekend and 9.35 crores on weekdays.

Robbie Grewal’s directorial period spy thriller is now running in the second week and minted the amount of 1.25 crore on its 2nd Friday. On 2nd Saturday, with a good jump, it managed to collect 2.25 crores and raised 9 days total domestic collection to 35.55 crores nett.