After the 3 successful weeks, superstar Akshay Kumar & Parineeti Chopra starrer Kesari has passed its fourth week as well on a steady note despite having a bunch of new releases in the opposite along with already existing Romeo Akbar Walter & the ongoing IPL matches. From this Wednesday, much-awaited Kalank is also running in its parallel. 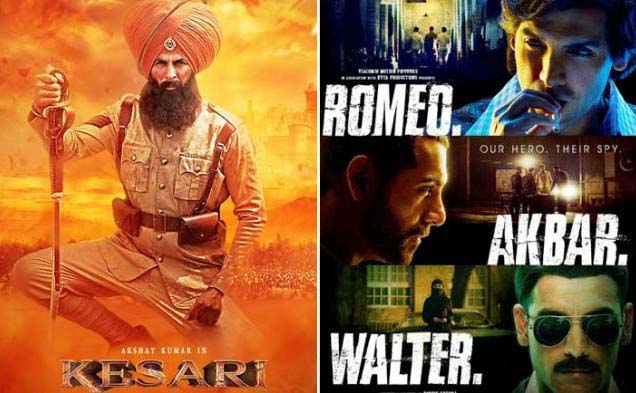 Expectedly, Anurag Singh’s directorial got succeed to impress everyone and gathered a solid word of mouth. As a result, it did the business of 147.21 crores in the last 3 weeks which included 105.86 crores in the 8-days extended first week, 29.66 crores in the second & 11.69 crores in the third.

On the other hand, after an underperformed opening week, John Abraham & Mouni Roy starrer Romeo Akbar Walter has maintained some pace in the second week and remained almost steady. In the second weekend, it did the business of 6.30 crores which included 1.25 crore on Friday, 2.25 crores on Saturday & 2.80 crores on Sunday.