The new Hindi biggie Kalank has unexpectedly got failed to make the desired impact on viewers & remained under-performed over its 5-days extended weekend. So this has directly benefitted the existing Hindi films like Kesari, Romeo Akbar Walter & The Tashkent Files at the box office. 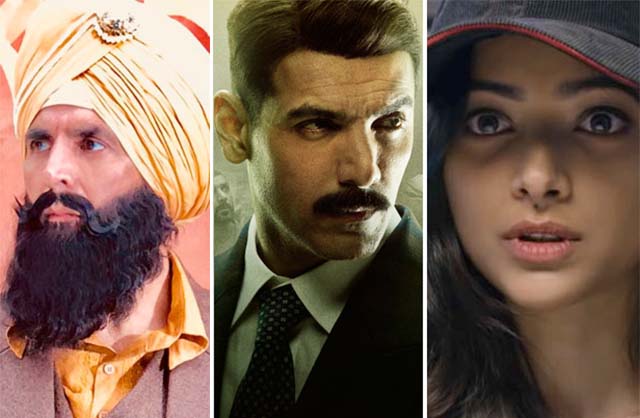 A month back released, superstar Akshay Kumar & Parineeti Chopra starrer Kesari has impressed everyone with its content and successfully did the business of 152.56 crores in the last four weeks which included 105.86 crores in the 8-days extended first week, 29.66 crores in the second, 11.69 crores in the third & 5.35 crores in the fourth.

Anurag Singh’s directorial is now running in the fifth week and started the weekend at a decent note. On 5th Friday, it recorded growth and minted 0.25 crore due to Good Friday holiday. Over 5th Saturday & 5th Sunday, Kesari took a fair jump and raked the business of 0.32 crore & 0.45 crore. With this, its 32 days total collection has become 153.58 crores nett at the domestic box office.

Last week released, Hindi thriller drama The Tashkent Files is running on limited screens but getting a good response from the audience because of its strong content. In the first week, it did the business of 3.50 crores with 2.20 crores in the weekend and 1.30 crore on weekdays from 250 screens nationwide.

On 2nd Friday, Vivek Agnihotri’s directorial took a jump and minted 0.50 crore. Over the weekend, it showed further growth and managed to collect the amount of 0.75 crore on 2nd Saturday & 1.05 crore on 2nd Sunday. After 10 days, the total collection of The Tashkent Files has become 5.80 crores nett.