Last Thursday released Hindi film Kesari had recorded more than a usual drop in footfalls on weekdays due to the ongoing IPL matches but still managed to register the highest opening week of the year so far. Now it has entered in the second week and has two new Hindi offerings- Junglee & Notebook in the opposite. 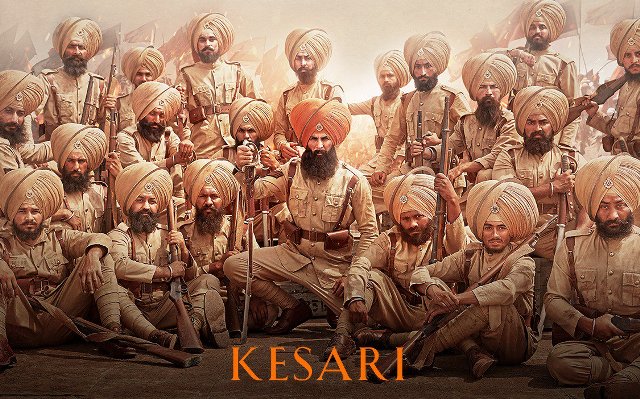 Superstar Akshay Kumar & Parineeti Chopra starrer much-awaited period war drama has expectedly got succeed to impress everyone with its powerful storyline and a brilliant performance by the leading star Akshay. The film has received very positive reactions from the critics as well as the audience.

Due to a solid word of mouth, Kesari remained strong throughout its extended weekend after a fantastic start and did the business of 78.07 crores which included 21.06 crores on Thursday, 16.75 crores on Friday, 18.75 crores on Saturday & 21.51 crores on Sunday.

Then on weekdays, Anurag Singh’s directorial witnessed a major drop but still managed to stand tall and minted the amount of 8.25 crores on Monday, 7.17 crores on Tuesday, 6.52 crores on Wednesday & 5.85 crores on 2nd Thursday. After the 8-days extended week, its total collection was recorded at 105.86 crores.

Remaining the first choice of viewers, Kesari started its second weekend at a good note and bagged the amount of 4.45 crores on 2nd Friday. With this, its 9 days total collection has become 110.31 crores nett at the domestic box office. As per the current trend, the film is expected to rake around 125 crores by the end of this weekend.