PAN-India sensation KGF Chapter 2 is creating history at the box office. The period action film has smashed all the previous records and emerged as the biggest-opening and fastest 100-crore grossing Hindi film of all time within 2 days of its release. On day-3 as well, it remained rock-solid and has become the 3rd highest-grossing Hindi film of the year, surpassing Gangubai Kathiawadi (129 crores) by a big margin. 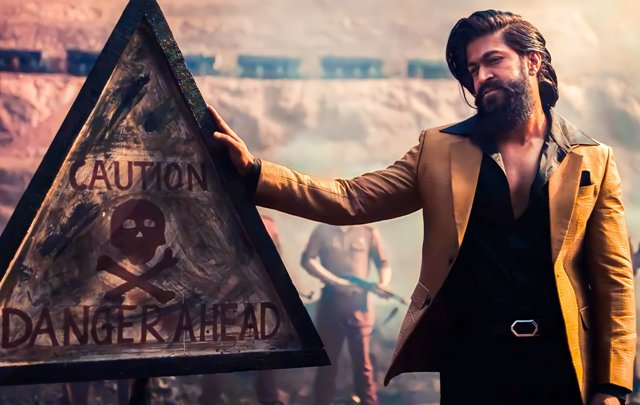 Directed by Prashanth Neel, KGF 2 is witnessing a never-seen craze across the country as well as overseas. The film has received exciting reviews from the viewers and garnered super-positive word of mouth. Yash starrer has been tagged as a king-sized entertainer by critics for its larger-than-life cinematic experience.

Produced by Hombale Films, KGF 2 (Hindi) opened on a phenomenal note on Thursday across the country and did an earth-shattering business of 53.95 crores nett from 4400+ screens, which is the highest opening-day collection ever in Hindi cinema. The film surpassed the lifetime total of its predecessor KGF Chapter 1 (44.09 crores) in a single day.

On a super-strong note, it minted an amount of 46.79 crores on Friday and hit a century at the domestic box office within just 2 days. With a slight decline on Saturday, KGF 2 managed to collect 42.90 crores nett and has registered a 3-day total of 143.64 crores nett with its Hindi version.

Including all the versions, KGF 2 has grossed a total of 325 crores at the Indian box office within 3 days, which include 134.50 crores on Thursday, 105.50 crores on Friday, and 85 crores on Saturday. Whereas at the worldwide box office, the film has crossed the mark of 410 crores gross.