The sequel to 2018’s period action PAN-India film KGF is witnessing a never seen craze across the country and has already broken the records of previous Indian blockbusters with its phenomenal advance bookings for an entire 4-day extended opening weekend. Directed by Prashanth Neel, KGF Chapter 2 is releasing over 7000 screens in India which include 4400+ screens for its Hindi version in North India. 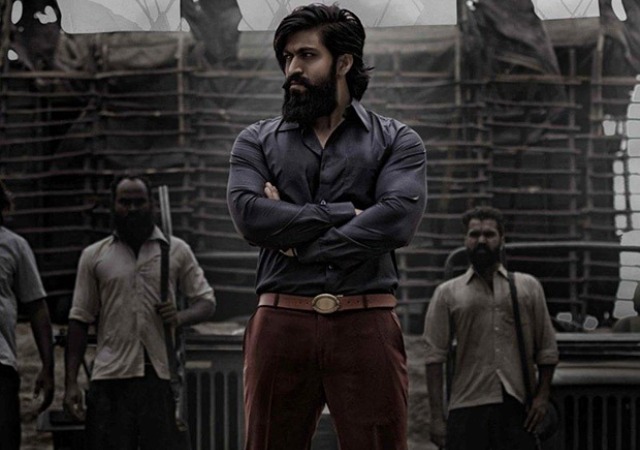 Featuring Yash, Sanjay Dutt, Raveena Tandon, and Srinidhi Shetty in the lead roles, KGF 2 has already garnered an amount of 31 crores for the opening day just with its advance bookings of the Hindi version only. As of now till Wednesday, the advance collection for the entire 4-day weekend is approximately 55 crores, which is awesome.

The film may even cross the opening figures of Thugs of Hindostan (50.75 crores / Hindi) and War (51.60 crores / Hindi) if everything stays as strong as it seems. In 2018, the erstwhile KGF Chapter 1 with its Hindi version did an opening business of only 2.10 crores and collected 44.09 crores net in its lifetime, which is likely to be crossed by the successor in a single day.

KGF 2 has an incredible pre-release hype which is enough to shatter any box office record. At the worldwide box office as well, Hombale Films’ production is expected to gross near 175 crores on day-1 i.e. Thursday from around 11,000 screens including all the versions.