The new PAN-India sensation KGF Chapter 2 has created history at the box office. The period action film has shattered all the previous records and has become the fastest 250-crore grossing film ever. It has also emerged as the highest-grossing Hindi film of the year 2022 within just 8 days of its release by surpassing SS Rajamouli’s RRR. 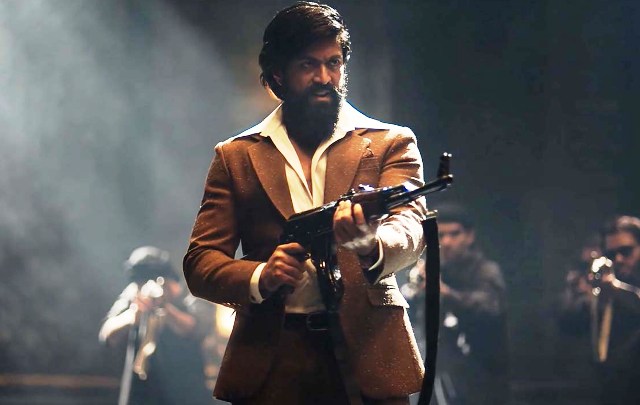 Featuring rocking star Yash, Sanjay Dutt, Raveena Tandon, and Srinidhi Shetty in the lead roles, KGF 2 opened on an incredible note and did a massive business of 53.95 crores with its Hindi version alone. It remained super strong over the 4-day extended weekend and raked a total of 193.99 crores nett, which includes 46.79 crores on Friday, 42.90 crores on Saturday, and 50.35 crores on Sunday.

After a phenomenal weekend, Prashanth Neel’s directorial managed to remain solid on weekdays as well and minted an amount of 25.57 crores on Monday. With further drops, KGF 2 (Hindi) garnered a business of 19.14 crores on Tuesday, and 16.35 crores on Wednesday.

On its 2nd Thursday, KGF Chapter 2 (Hindi) managed to collect 14.55 crores and has registered a total of 269.60 crores nett in the 8-day extended first week at the domestic box office from around 4400 screens. Including all the versions – Hindi, Kannada, Tamil, Telugu, and Malayalam, the film has raked approximately 575 crores gross in India.

In the international markets as well, KGF 2 is soaring at the box office. Within 8 days, it has grossed over 750 crores worldwide. In the second week also, the film is expected to perform excellently and break more records despite the new release – Jersey starring Shahid Kapoor, Mrunal Thakur, and Pankaj Kapur.