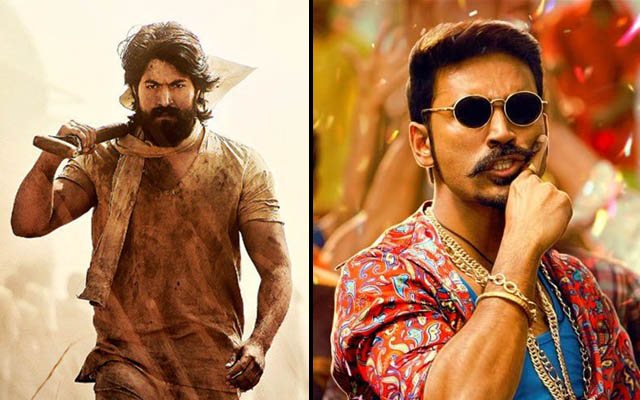 Directed by Prashanth Neel, KGF has got succeed to live up to the expectations it had created with the impressive trailer and received mostly positive reviews from the critics. From the audience as well, the film is getting positive feedback and gained a good word of mouth.

On the other hand, superstar Dhanush starrer the sequel to 2015’s Tamil blockbuster Maari, Maari 2 has unfortunately got failed to make the desired impact on viewers but still managed to register an excellent opening due to the high initial buzz for the film across Tamil Nadu.

On Friday, Balaji Mohan’s directorial opened on an excellent note and remained almost strong throughout the day and grossed the business of 4.50 crores at the TN box office which is equal to VIP 2. With this, Maari 2 has become the fifth best opener of Dhanush’ career after Maari (6.54 crores), Anegan (5.80 crores), VIP 2 (5.75 crores) & Vada Chennai (4.57 crores).