Despite having the biggie Zero in its parallel, the highly-anticipated Kannada film with Pan India reach KGF: Chapter 1 has registered the tremendous opening weekend at the box office. After an earth-shattering start, expectedly it showed a positive uptrend over the weekend for all its versions. 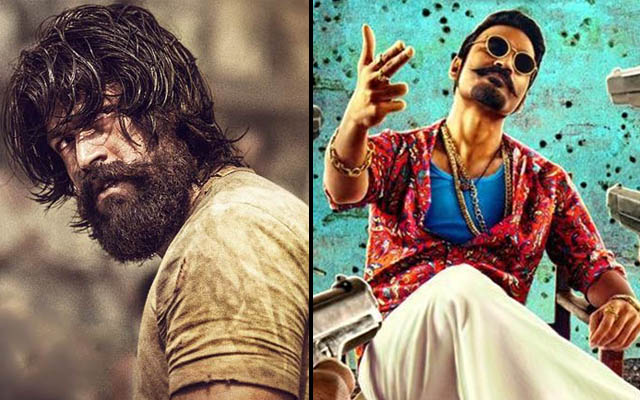 Starring superstar Yash & Srinidhi Shetty, KGF got succeed to impress the viewers and gained a solid word of mouth. On Friday, it successfully registered the business of 18.10 crores from 2460 screens nationwide including 2.10 crores from its dubbed Hindi version with 1500 screens.

On Saturday, Prashanth Neel’s directorial witnessed good growth and raked the business of 19.20 crores with 3 crores from the Hindi language. On the next day i.e. Sunday, the film witnessed a further jump and minted the amount of 22.40 crores with 4.10 crores of Hindi version.

With this, the total collection of KGF after the first weekend has become 59.70 crores at the domestic box office including 38 crores from Karnataka (Kannada), 7.25 crores from Andhra Pradesh & Telangana (Telugu), 3.75 crores from Tamil Nadu (Tamil), 1.50 crore from Kerala (Malayalam) & 9.20 crores from the rest of India (Hindi).

On the other hand, Dhanush & Sai Pallavi starrer the much-awaited Tamil film Maari 2 has got failed to make to the desired impact on viewers. Still, with the support of fans, it opened on a terrific note and did the business of 4.50 crores on Friday from Tamil Nadu.

On Saturday, Balaji Mohan’s directorial the sequel to 2015’s Maari witnessed a drop and grossed 4 crores. While on the next day i.e. Sunday, it collected 4.25 crores and raised the opening weekend total collection to 12.75 crores at the TN box office including around 1.45 crore from Chennai.