From the very first day of release, the Kannada magnum opus KGF: Chapter 1 is running phenomenally across India despite having the much-awaited Hindi film Zero in its parallel. In fact, it is leading over the Shahrukh Khan starrer biggie at the domestic box office, which is actually great. 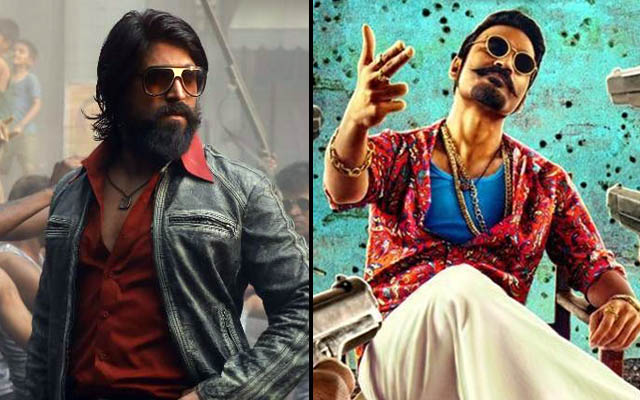 Directed by Prashanth Neel, superstar Yash & Srinidhi Shetty starrer period action entertainer has successfully lived up to the expectations and getting rave reviews from the audience. With a solid word of mouth, it registered tremendous business of 59.70 crores in the opening weekend that included 18.10 crores on Friday, 19.20 crores on Saturday & 22.40 crores on Sunday.

Now KGF is running on weekdays but still has a strong hold over the audience nationwide. On Monday, it faced a drop of just 25.42% than Friday and minted the amount of 13.50 crores. Then on Tuesday due to the Christmas holiday, the film recorded good growth and bagged 15.50 crores from all the versions.

On the other hand, the much-awaited Tamil film of the year Maari 2 has got failed to make the desired impact on viewers but performing strongly at the box office. Superstar Dhanush & Sai Pallavi starrer did the business of 12.75 crores in the opening weekend from Tamil Nadu that included 4.50 crores on Friday, 4 crores on Saturday & 4.25 crores on Sunday.

Balaji Mohan’s directorial is now running on weekdays and minted the amount of 2.25 crores on Monday after a usual drop in footfalls. On Tuesday, with a considerable jump due to the Christmas holiday, the film grossed 2.75 crores & raised 5 days total collection to 17.75 crores at the TN box office.