Despite being a regional film, superstar Yash starrer KGF: Chapter 1 is running phenomenally across India with all its versions. In fact, it has dominated the parallel-running Shahrukh Khan’s highly-awaited Zero at the domestic box office, which shows it definitely has something special for the audience. 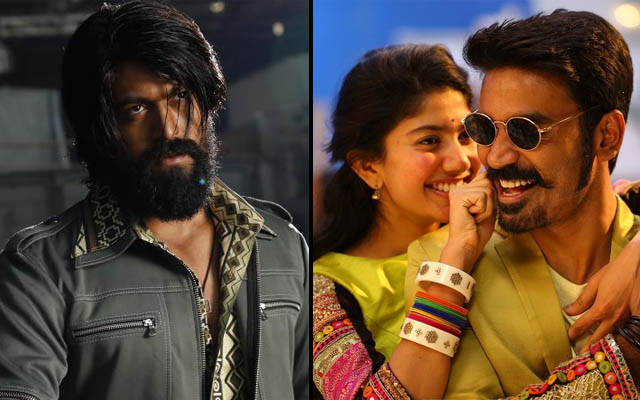 Directed by Prashanth Neel, the period action drama KGF was released amid the great buzz and expectedly took an earth-shattering start. Over the weekend, it remained super-strong and did the business of 59.70 crores with 18.10 crores on Friday, 19.20 crores on Saturday & 22.40 crores on Sunday.

Now it is running on weekdays and still has a solid hold over the audience. On Monday, after a drop of just 25.42% than Friday, it minted the amount of 13.50 crores. Then on Tuesday due to the Christmas holiday, the film recorded good growth and raked the business of 15.50 crores.

On the next day i.e. Wednesday, KGF witnessed a significant drop in footfalls and bagged the amount of 7.50 crores. With this, its 6 days total domestic collection has become 96.20 crores nett from 2460 screens including Kannada, Hindi, Tamil, Telugu & Malayalam.

From its Hindi version alone, Excel Entertainment’s presentation has done the business of 19.05 crores within 5 days that included 2.10 crores on Friday, 3 crores on Saturday, 4.10 crores on Sunday, 2.90 crores on Monday, 4.35 crores on Tuesday & 2.60 crores on Wednesday from 1500 screens.

On the other hand, the much-awaited Tamil release Maari 2 has got failed to create a frenzy like its prequel but still registered a solid business of 12.75 crores in the opening weekend from Tamil Nadu with 4.50 crores on Friday, 4 crores on Saturday & 4.25 crores on Sunday.

On weekdays as well, Dhanush & Sai Pallavi starrer Maari 2 is heading on a good note. On Monday, it did the business of 2.25 crores, while on Tuesday due to the Christmas holiday, the film took growth and raked 2.75 crores. Then on Wednesday, it grossed 1.75 crores and raised 6 days total collection to 19.50 crores at the TN box office.