After a tremendous opening weekend, the magnum opus KGF: Chapter 1 remained super-strong on weekdays as well and registered a massive total in a week at the box office globally. The highly-buzzed Kannada film has got an excellent response from the north also with its dubbed Hindi version. 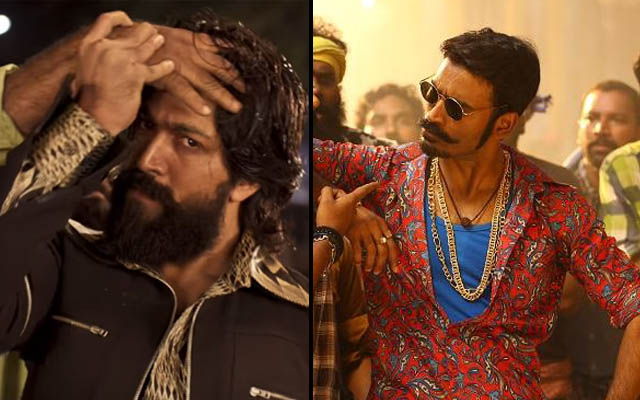 Superstar Yash & Srinidhi Shetty starrer period action drama KGF has got succeed to live up to the expectations and gathered positive feedback. As a result, it remained phenomenal over the weekend and did the business of 59.70 crores which included 18.10 crores on Friday, 19.20 crores on Saturday & 22.40 crores on Sunday.

Then on weekdays, it did the business of 13.50 crores on Monday, 15.50 crores on Tuesday (Christmas) & 7.50 crores on Wednesday. On the next day i.e. Thursday, Prashanth Neel’s directorial minted 6.75 crores and raised its one-week total collection to 102.95 crores at the domestic box office from 2460 screens including Kannada, Hindi, Tamil, Telugu & Malayalam versions.

Year’s much-awaited Tamil offering Maari 2 was also released last Friday but got failed to make the desired impact on viewers. Still, it managed to register a strong weekend with 12.75 crores which included 4.50 crores on Friday, 4 crores on Saturday & 4.25 crores on Sunday.