Finally, the much-awaited Hindi films- Laal Singh Chaddha and Raksha Bandhan have been released in theatres across the country on Thursday and the same happened which was feared. Both the films have taken a sluggish start at the box office and have registered a cumulative total of around 20 crores, which has sent shock waves across the industry. 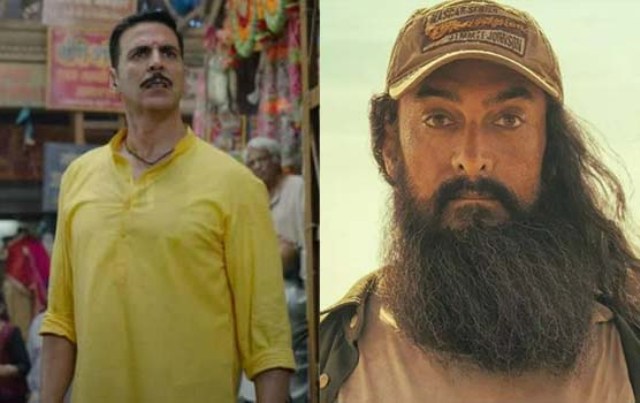 Featuring Aamir Khan, Kareena Kapoor Khan, Naga Chaitanya, and Mona Singh, Laal Singh Chaddha has unfortunately received mixed reviews from critics as well as the audience. The excessive length goes against this comedy-drama which is the official Hindi remake of the 1994 American film Forrest Gump.

On Thursday, Laal Singh Chaddha, directed by Advait Chandan, opened on a slow note with only 15-20% occupancy in the morning. The film remained poor in mass circuits throughout the day but with a decent performance in metros, it has registered 11.70 crores nett at the domestic box office from 3533 screens, which is lower than Bachchhan Paandey (13.25 crores).

Whereas, Raksha Bandhan starring Akshay Kumar, Bhumi Pednekar, and Sadia Khateeb, has managed to garner positive word of mouth. Due to its emotional and relevant storyline backed by an engaging screenplay, the film has received favourable reviews from many critics as well as the audience.

Directed by Aanand L Rai, Raksha Bandhan took a dull start on Thursday with only 12-15% occupancy in the morning. The film remained dull in multiplexes but after the noon shows, it recorded decent growth in mass centres and has collected 8.20 crores nett from 2687 screens nationwide, which is lower than Jug Jugg Jeeyo (9.28 crores).

In metros, Aamir Khan’s Laal Singh Chaddha remained the first choice of viewers, but in mass circuits, Akshay Kumar’s Raksha Bandhan has performed better. However, the opening numbers of both the films are a big disappointment for the industry. Let’s see how they perform over the extended holiday weekend.