No one can deny that the Hindi film industry is going through a difficult phase these days, where films of big superstars are struggling at the box office from day one. Yes, we are talking about two new offerings – Laal Singh Chaddha and Raksha Bandhan which are facing rejection from the audience. 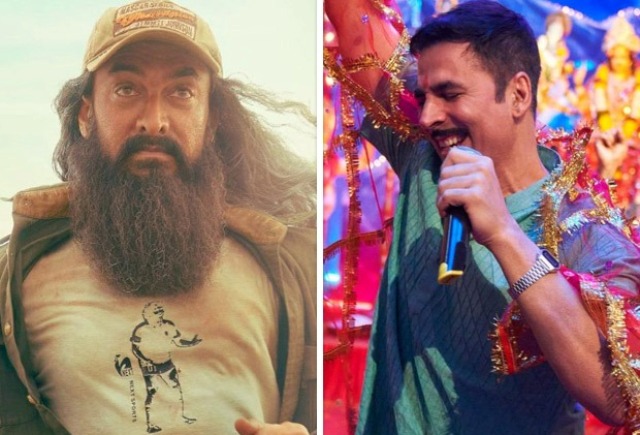 Aamir Khan, Kareena Kapoor Khan, and Mona Singh starrer Laal Singh Chaddha, which was expected to do very well at the box office, has actually failed to create the desired impact on the audience and has garnered mixed word of mouth. The film opened on a poor note on Thursday and did a business of 11.70 crores nett.

On Friday, Advait Chandan’s directorial Laal Singh Chaddha reported a big drop in business and collected 7.26 crores. Further, the film witnessed decent growth in national multiplexes but nominal in mass centres on Saturday and minted an amount of 9 crores. After 3 days, it has registered a total of 27.96 crores nett from 3533 screens.

In parallel, Akshay Kumar, Bhumi Pednekar, and Sadia Khateeb starrer Raksha Bandhan has managed to garner positive word of mouth due to its emotional and interesting storyline but still performing quite low at the box office. On Thursday, the film took a very dull start with an opening business of only 8.20 crores.

With an expected drop in footfalls on Friday, Raksha Bandhan did a business of 6.40 crores. Then on Saturday, Aanand L Rai’s directorial reported a nominal jump in multiplexes as well as in mass centres and raked a business of 6.51 crores, taking its total collection to 21.11 crores nett after 3 days from 2687 screens across the country.

Due to positive word of mouth, Raksha Bandhan was expected to turn the game upside down from Saturday but the film is not getting much support from the multiplex audience, while LSC is running weak in the mass circuits.