After a sluggish start on Thursday, Aamir Khan’s Laal Singh Chaddha and Akshay Kumar’s Raksha Bandhan saw a significant drop in business on Friday. The former registered a decline of around 38% on day 2, whereas the latter reported a drop of around 22% as compared to day 1. 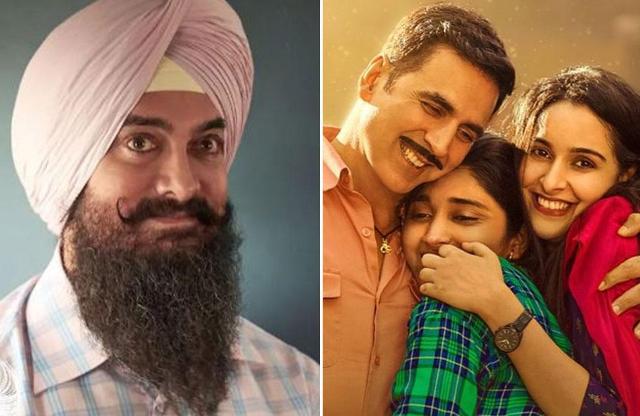 Amid the good buzz among fans and negativity among a segment of the audience, Laal Singh Chaddha was released on Thursday and unfortunately took a very slow start at the box office. It has received mixed reviews from many critics as well as the audience due to its excessive length and slow-pacing screenplay.

Directed by Advait Chandan, Laal Singh Chaddha opened with 15-20% occupancy in the morning on Thursday and did a poor business of 11.70 crores nett. On Friday, it dropped by 37.95% and collected 7.26 crores nett, taking its total collection to 18.96 crores nett after 2 days from 3533 screens across the country.

On the other hand, the family-drama film Raksha Bandhan starring Akshay Kumar, Bhumi Pednekar, and Sadia Khateeb, also took a dull start at the box office but managed to garner positive word of mouth. Due to its emotional and interesting storyline, the film has received favourable reviews from many critics as well as the audience.

Directed by Aanand L Rai, Raksha Bandhan raked a business of only 8.20 crores nett on Thursday. The next day i.e. Friday, the film witnessed a significant decline of 21.95% in business and minted an amount of 6.40 crores nett. After 2 days, its total collection has been recorded as 14.60 crores nett from 2687 screens nationwide.

On the second day, Raksha Bandhan registered a lesser drop than Laal Singh Chaddha, but overall both the films were poor at the box office. Let’s see how the films perform on Saturday and Sunday. However, as per the current trend, Raksha Bandhan is likely to narrow the gap further and eventually lead the race.