Despite the release of highly-buzzed Captain Marvel & Hindi thriller drama Badla which are running strongly across the country, already existing comedy films Luka Chuppi & Total Dhamaal have remained almost unaffected at the box office and registered a good business over the weekend. 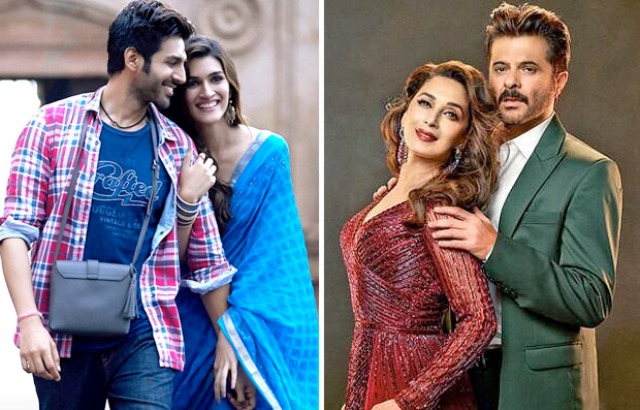 Starring Kartik Aaryan & Kriti Sanon for the first time together, Luka Chuppi got succeed to entertain the viewers and also received positive reviews from the critics. In the first week, it remained strong throughout and did the business of 53.70 crores which included 32.13 crores in the weekend and 21.57 crores on weekdays from 2100 screens.

Now it is running in the second week and once again passed the weekend on a good note. On 2nd Friday, Luka Chuppi did the business of 3.15 crores after a drop of 21.84% vis-a-vis Thursday. With a fair jump, it minted 5.20 crores on 2nd Saturday & 5.31 crores on 2nd Sunday. After 10 days, its total domestic collection has become 67.36 crores nett.

Directed by Indra Kumar, the 3rd film from Dhamaal series did the business of 1.70 crores on 3rd Friday after a drop of 34.62%. Over the third weekend, it picked up well and minted the amount of 2.76 crores on Saturday & 3.95 crores. After 17 days, its total collection has become 141.01 crores nett at the domestic box office.