The two major films Badla & Captain Marvel were released this Friday and successfully running at the box office across India, but still the already existing Hindi comedy films Luka Chuppi & Total Dhamaal are not ready to slow down. Both offerings still have enough hold over the audience and scoring well. 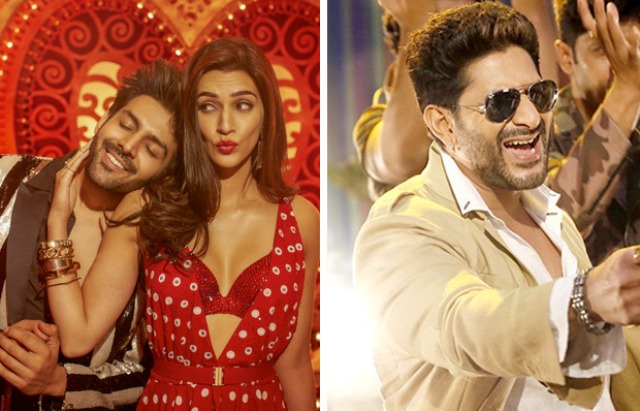 Directed by Laxman Utekar, the romantic comedy Luka Chuppi has got succeed to create good buzz among youth and received positive reviews from the critics. In the opening week, it remained strong throughout and did the business of 53.70 crores with 32.13 crores in the weekend and 21.57 crores on weekdays from 2100 screens.

In the second weekend as well, Kartik Aaryan & Kriti Sanon starrer showed a good performance and raked the business of 13.66 crores which included 3.15 crores on Friday, 5.20 crores on Saturday & 5.31 crores on Sunday. On 2nd Monday, after a normal drop, Luka Chuppi managed to collect 2.05 crores and raised 11 days total collection to 69.41 crores nett.

In parallel, half a month back released Total Dhamaal is getting great support from the audience despite mixed reviews from critics. By remaining strong throughout at the box office, it raked the business of 94.55 crores in the first week and 38.05 crores in the second week.