The first film of Kartik Aaryan and Kriti Sanon together, Luka Chuppi has made the right buzz among the audience and getting a solid response at the box office. After an excellent first week, it is running smoothly in the second week as well despite having new releases like Badla & a biggie Captain Marvel in the opposite along with the existing one Total Dhamaal. 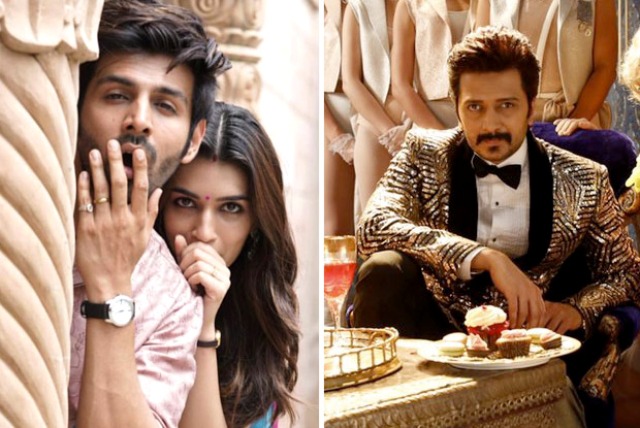 Produced by the maker of Hindi Medium & Stree, Dinesh Vijan under the banner Maddock Films, the funfilled romantic drama did the business of 53.70 crores in the first week which included 32.13 crores in the weekend and 21.57 crores on weekdays from 2100 screens. Then in the second weekend, it bagged 13.66 crores with 3.15 crores on Friday, 5.20 crores on Saturday & 5.31 crores on Sunday.

Now on weekdays, Laxman Utekar’s directorial Luka Chuppi witnessed a normal drop and minted the amount of 2.05 crores on 2nd Monday & 2.07 crores on 2nd Tuesday. On the next day i.e. 2nd Wednesday, with a slight dip, it collected 1.96 crores and raised 13 days total collection to 73.44 crores at the domestic box office.

On the other hand, half a month back released comedy-drama Total Dhamaal is ruling on single screens across the country despite getting mixed reviews from the critics. On a strong note, it did the business of 94.55 crores in the first week and 38.05 crores in the second week. Then in the third weekend, the film raked 8.41 crores with 1.70 crores on Friday, 2.55 crores on Saturday & 3.95 crores on Sunday.

Indra Kumar’s directorial, the third film in Dhamaal series is now running weekdays once again and as usual, witnessed a significant drop in footfalls. Still, it managed to collect the amount of 1.40 crore on 3rd Monday & 1.15 crore on 3rd Tuesday. After a further decline, Total Dhamaal minted 1.10 crore on 3rd Wednesday and raised 20 days total domestic collection to 144.66 crores.