From the makers of much-liked films Hindi Medium & Stree, Luka Chuppi is still running well at the box office even in its third week due to the absence of any major release this weekend. The film has made the right buzz among the young audience and getting a good response from north India. 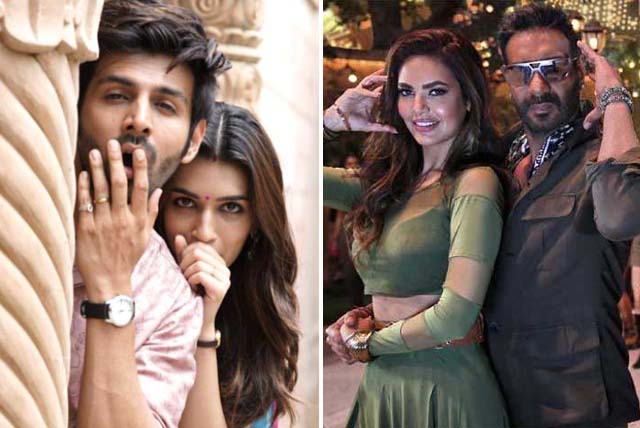 Directed by Laxman Utekar, the first collaboration of Kartik Aaryan & Kriti Sanon, the funfilled romantic comedy remained strong throughout due to a positive word of mouth and did the business of 53.70 crores in the first week and 21.54 crores in the second.

Then in the third weekend as well, Luka Chuppi managed to remain steady and raked 7.27 crores with 1.62 crores on Friday, 2.25 crores on Saturday & 3.40 crores on Sunday. Now on weekdays, it recorded a usual drop and minted the amount of 1.33 crore on 3rd Monday & 1.35 crore on 3rd Tuesday. After 19 days, its total domestic collection has become 85.19 crores.

On the other hand, the third film in Dhamaal series, Total Dhamaal is also getting a good response from single screens despite mixed reactions. At a strong note, it did the business of 94.55 crores in the first week, 38.05 crores in the second & 13.11 crores in the third.

In the fourth weekend, Indra Kumar’s directorial managed to collect 5.05 crores which included 0.95 crore on Friday, 1.60 crores on Saturday & 2.50 crores on Sunday. On weekdays, after a normal drop, Total Dhamaal scored 0.40 crore on 4th Monday & 0.30 crore on 4th Tuesday and raised its 26 days total collection to 151.46 crores at the domestic box office.