After the fantastic first week, Kartik Aaryan & Kriti Sanon’s first film together, Luka Chuppi has started the second weekend on a steady note. Despite the release of biggie Captain Marvel & Badla, it remained almost unaffected and passed its 2nd Friday on a good note. 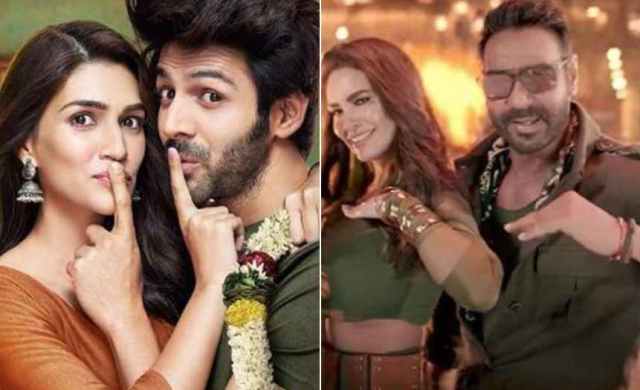 Directed by Laxman Utekar, the romantic comedy has got succeed to entertain many in theatres and received positive reviews from its fun-filled storyline. Due to good word of mouth, it did the business of 53.70 crores in the opening week which included 32.13 crores in the weekend and 21.57 crores on weekdays from 2100 screens.

Produced by Maddock Films, Luka Chuppi has now entered in its second week and still has a strong hold over the audience. On 2nd Friday, after a drop of 21.84% as compared to the previous day, it minted the amount of 3.15 crores and raised 8 days total domestic collection to 56.85 crores nett.

In parallel, a couple of weeks back released Total Dhamaal is also running steadily at the box office. Despite mixed reviews from the critics, it remained strong and did the business of 94.55 crores in the first week and 38.05 crores in the second week at the domestic box office.

On 3rd Friday, Indra Kumar’s directorial the third installment of Dhamaal franchise faced a drop of 34.62% and bagged the amount of 1.70 crores. After 15 days, the total collection of Total Dhamaal has become 134.30 crores nett. It is likely to dominate Gully Boy by the end of this weekend.