Amid the huge excitement of fans, the much-awaited film of superstar Mahesh Babu, Maharshi has finally hit the screens on Thursday and as expected, took a bumper opening across the country especially in Andhra Pradesh & Telangana. From the overseas market as well, the film has reported an excellent performance. 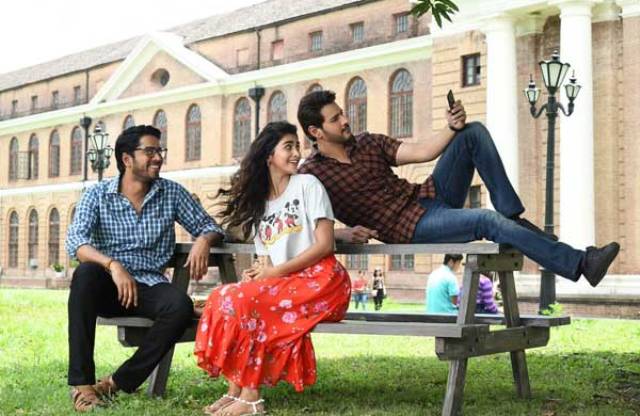 Directed by Vamsi Paidipally, the Telugu action-drama has received mixed reviews from the critics but got succeed to make the right buzz among the audience worldwide. As a result, it has gathered a good word of mouth and registered a record start for Mahesh Babu.

On Thursday, Maharshi had started its journey at a solid note in the morning with more than 95% occupancy and remained super strong throughout the day despite mixed reviews, as many theatres across the country had been declared houseful before the release.

On the opening day, Mahesh Babu’s 25th film successfully managed to become his second highest grosser by collecting the amount of 34 crores gross from Telugu states. At the worldwide box office, it has grossed the business of 48.80 crores while his previous offering Bharat Ane Nenu was opened at 55 crores.

As per the current trend, Maharshi is expected to remain strong over the weekend. The film co-stars Pooja Hegde & Allari Naresh has got mixed reactions from the critics though, but this doesn’t seem to affect its performance much at the box office because of high initial buzz.