Despite an excellent opening weekend, this Friday released two much-anticipated Hindi offerings- Manikarnika: The Queen of Jhansi & Thackeray are slowing down on weekdays at the box office. While a couple of weeks older Uri The Surgical Strike is running unaffectedly across the country. 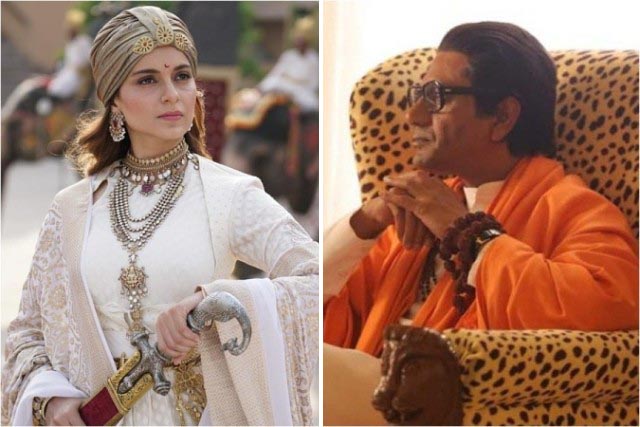 The first Hindi biggie of the year, Kangana Ranaut starrer Manikarnika: The Queen of Jhansi has expectedly received mostly positive reviews from viewers but still not getting the desired response at the box office. In the weekend, it did the business of 42.55 crores which included 8.75 crores on Friday, 18.10 crores on Saturday & 15.70 crores on Sunday.

Now on weekdays, Krish & Kangana’s directorial is facing regular drops in footfalls which is not a good sign. With a significant decline, the film minted the amount of 5.10 crores on Monday & 4.75 crores on Tuesday. On Wednesday, with a further drop, it raked 4.50 crores and raised 6 days total collection to 56.90 crores from 3000 screens nationwide including Hindi, Tamil & Telugu.

On the other hand, Nawazuddin Siddiqui starrer biographical drama Thackeray has also received mostly positive reviews from the critics but still struggling to attract the audience outside Maharashtra. In the weekend, it collected 22.90 crores with 6 crores on Friday, 10 crores on Saturday & 6.90 crores on Sunday.

On weekdays, it witnessed a considerable drop and minted the amount of 2.90 crores on Monday & 2.50 crores on Tuesday. With a further decline, Abhijit Panse’s directorial Thackeray bagged 1.70 crores on Wednesday and raised its 6 days total domestic collection to 30 crores including Hindi & Marathi versions.