Punjabi superstar Gippy Grewal & Simi Chahal starrer much-awaited family drama Manje Bistre 2 has passed the weekend on the highest note as compared to all the new releases at the Indian box office but unexpectedly remained underperformed despite being backed by the blockbuster franchise. 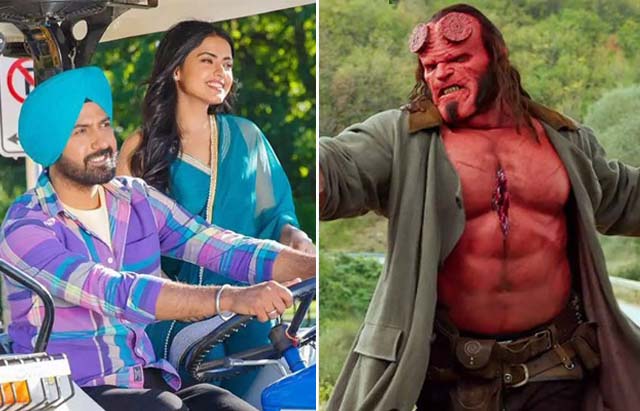 Directed by Baljit Singh Deo, the sequel to 2017’s Manje Bistre has got succeed to hit the target right among the Punjabi audience and also received positive reviews from the critics. But still, it didn’t attain the desired pace at the box office and also remained lower than its prequel.

On Friday, Manje Bistre 2 was opened on a decent note and managed to collect the amount of 1.50 crore. Over the weekend, it showed a positive uptrend and minted 2.15 crores on Saturday & 2.40 crores on Sunday. With this, its 3 days total domestic collection has become 6.05 crores from 362 screens.

In parallel, the American superhero action film Hellboy has performed better than all the new Hindi offerings but got failed to convince critics as well as the audience across India. On Friday, it started the journey at an average note and did the business of 0.75 crore.

Over the weekend, David Harbour starrer took a limited jump and bagged the amount of 1.10 crore on Saturday & 1.30 crore on Sunday. After the opening weekend, the total collection of Hellboy has become 3.15 crores nett at the Indian box office.