This weekend, a bunch of new films has released at the box office but among them, only the Punjabi film Manje Bistre 2 is performing as per expectations. Hollywood’s Hellboy is also getting a considerable response from the Indian audience but running far behind than the Punjabi family drama. 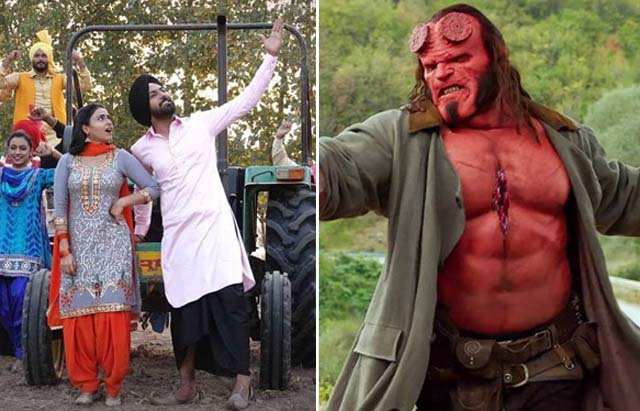 Starring Gippy Grewal & Simi Chahal in lead roles, Manje Bistre 2 is backed by a successful franchise and expectedly got succeed to make the right buzz among the audience. From the critics as well, it has received positive reviews and gathered a good word of mouth.

On Friday, Baljit Singh Deo’s directorial remained underperformed but still managed to register the opening business of 1.50 crore. On the next day i.e. Saturday, with a fair jump, it minted the amount of 2.15 crores and raised 2 days total collection to 3.65 crores from 362 screens across India.

In parallel, David Harbour starrer American superhero film Hellboy has got failed to make a positive impact on critics as well as the audience. But still, it is getting more attention from the Indian audience in comparison to all the Hindi films released on the same day.

On Friday, Neil Marshall’s directorial took an average start and did the business of 0.75 crore. On Saturday, Hellboy showed some growth and managed to collect the amount of 1.10 crore. After 2 days, its total collection has become 1.85 crores at the Indian box office.