After the successful movie Anjaan, South Indian superstar Suriya Sivakumar is back with his upcoming movie Masss. The name which is in buzz from last few weeks; Masss is an upcoming Tamil movie of Horror-Comedy genre. Directed by very popular Tamil film maker Venkat Prabhu and produced by Studio Green & Suriya Sivakumar himself. Masss is featuring Suriya in lead along with Nayantara & Pranitha.

The movie is scheduled to be released on 15 May 2015, so fans are eagerly waiting for its trailer & audio now. Music of the movie is given by Yuvan Shankar Raja and cinematography done by R.D. Rajasekhar.

Audience is extremely crazy for the movie and all were waiting for its first poster. Yesterday on 24 April 2015, director Venkat Prabhu has released its first official poster on twitter. Venkat has also tweeted that the official teaser of the movie will get released today’s midnight i.e. 25 April 2015. From that minute, the tag MASSS TEASER is trending on tweeter. And finally, the official teaser of the movie is out; fans can watch it on official YouTube channel of Studio Green. Don’t dare to miss it, MASSS TEASER is mind blowing!

Suriya is one in the list of stars, whose movies releases like festivals in the country. Their die hard fans makes movie hit before its actual release. Masss is superbly crafted movie which is expected to break many records at Box Office after getting released. You can see the line in the poster “MASSS- A VENKAT PRABHU sixer”, means its a maximum from the great director. 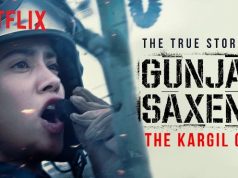