Three new Hindi films- Phone Bhoot, Mili, and Double XL which were released in theatres this Friday, have scored lower numbers at the box office in their opening weekend than the already existing Hindi-dubbed Kannada film Kantara in its fourth weekend across India. 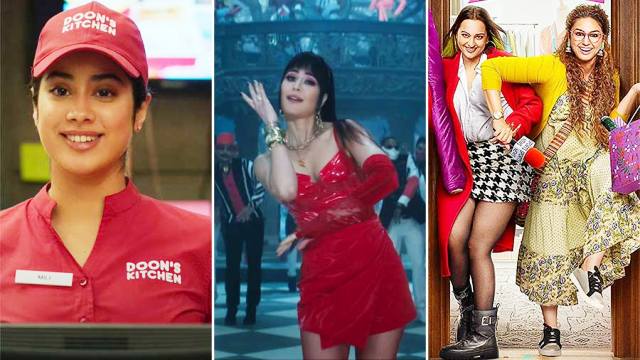 Featuring Katrina Kaif, Ishaan Khatter, and Siddhant Chaturvedi, the horror-comedy film Phone Bhoot has received mixed reviews from critics but succeeded to entertain many viewers across the country. Despite positive reactions, the film took a slow start on Friday and did a business of 2.05 crores nett.

On Saturday, Gurmmeet Singh’s directorial Phone Bhoot showed a decent jump and collected 2.75 crores. While on Sunday, it got affected by India vs Zimbabwe T20 cricket match but still showed some growth and minted 3.05 crores. After 3 days, the film has registered a total of 7.85 crores nett at the domestic box office.

In parallel, Janhvi Kapoor starrer survival thriller Mili has failed to impress many critics as well as the audience. As a result, it opened on a poor note and bagged only 0.40 crore on Friday, Further, on a similar note, Mathukutty Xavier’s directorial raked 0.55 crore on Saturday and 0.60 crore on Sunday, taking its 3-day total to 1.55 crore nett.

On the other hand, Sonakshi Sinha and Huma Qureshi starrer comedy-drama film Double XL has also received mixed reactions from critics as well as the audience and registered a very poor opening weekend of 0.47 crore nett including 0.15 crore on Friday, 0.15 crore on Saturday, and 0.17 crore on Sunday.