The much-awaited Hindi offering of superstar Akshay Kumar, Mission Mangal is finally in theatres now and expectedly taken a massive opening at the box office. While the adjacent release John Abraham’s Batla House has managed to register an excellent opening but overall remained under-performed. 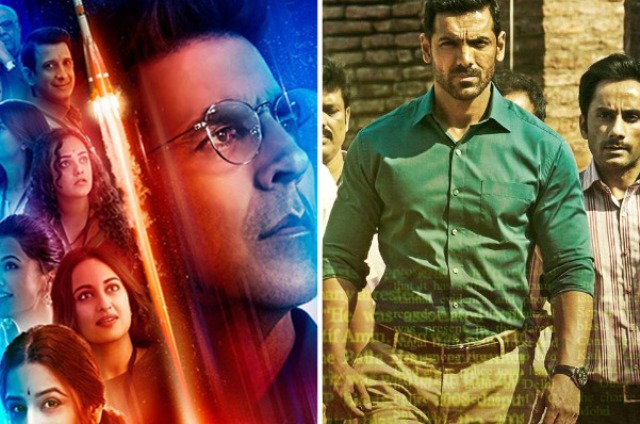 Directed by Jagan Shakti, the first space film of Bollywood has got succeed to impress critics and received mostly positive reviews. From the audience, the film is getting a wonderful response and gathered a solid word of mouth. As a result, it has registered the highest opening of Akshay’s career.

On Thursday, due to a public holiday & huge initial buzz, Mission Mangal was opened at a terrific note with around 55-60% occupancy in the morning. Post noon shows, Fox Star Studios’ presentation witnessed a significant jump and raked the business of 29.16 crores nett at the domestic box office from 3100 screens.

In the parallel, T-Series Films, Emmay Entertainment & JA Entertainment’s production Batla House has got succeed to convince critics and received mostly positive reviews. But still, the Hindi action thriller has not attracted the desired footfall towards itself.

On the opening day, Nikkhil Advani’s directorial took an average start of around 20-25% occupancy in the morning. Over the evening & night shows, the film showed significant growth and managed to collect the amount of 15.55 crores nett, which is lower than John’s Satyameva Jayate (20.52 crores).