The official Tamil remake of 2016’s critically-acclaimed Hindi film Pink, titled Nerkonda Paarvai is finally in theatres now and expectedly taken a fantastic start at the box office. Starring superstar Ajith Kumar in a lead role, it is one of the much-awaited Tamil offerings of the year. 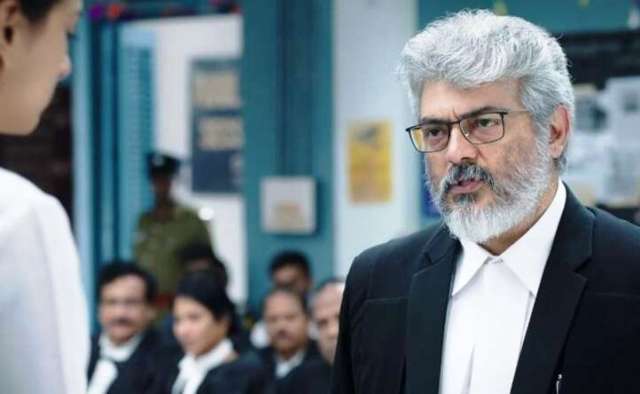 Directed by H Vinoth, the Tamil social thriller has got succeed to impress critics like the original one and received very positive reviews. From the audience also, the film is getting a wonderful response across Tamil Nadu and has gathered a solid word of mouth.

Nerkonda Paarvai has hit the screens a day earlier i.e. on Thursday, despite a weekday, it was opened at an exceptional note. Throughout the day, the film has remained super-strong and registered a huge opening business of 14.82 crores gross from 702 screens in the Tamil state.

From Chennai alone, Boney Kapoor & Zee Studios’ production has grossed the amount of 1.58 crores which is excellent on a normal working day. While in the overseas market also, the film has recorded a terrific response and has done the business of 20 crores gross worldwide.