The official Tamil remake of 2016’s critically-acclaimed Hindi film Pink, Nerkonda Paarvai is getting a wonderful response from the audience in Tamil Nadu as well as in overseas. Like the original, it has gathered a solid word of mouth and diverted the major audience toward itself. 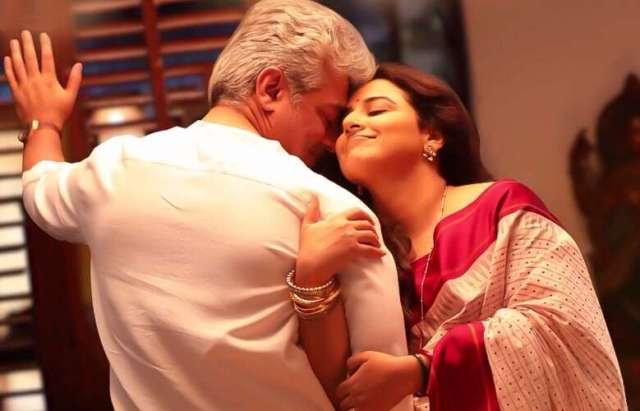 Starring superstar Ajith Kumar & Shraddha Srinath in lead roles, the Tamil social thriller has expected got succeed to impress critics and received favourable reviews. From the audience as well, the film is getting a very positive reaction and heading strongly at the box office.

Nerkonda Paarvai was released a day earlier on Thursday and took a superb start in the morning. Throughout the day, it had remained strong and registered the business of 14.82 crores gross from 702 screens across Tamil Nadu including 1.58 crores from Chennai.

Then on Friday, H Vinoth’s directorial had recorded a usual drop in footfalls but still stayed strong and did the business of 9.60 crores in the Tamil state with 1.17 crore from Chennai. On the next day i.e. Saturday, the film witnessed a jump and grossed 10.50 crores with 1.38 crore from Chennai.

After 3 days, the total collection of Nerkonda Paarvai has become 34.92 crores gross at the TN box office including 4.13 crores from Chennai alone. At the worldwide box office, it has grossed the business of approx. 52 crores in 3 days.