After registering a fantastic 4-days extended opening weekend, India’s first Hindi space film Mission Mangal has remained strong on weekdays as well and completed a week at a massive note. Within just 8 days of release, it has become the 5th highest-grossing film of superstar Akshay Kumar by surpassing the lifetime total of Airlift (128.10 crores). 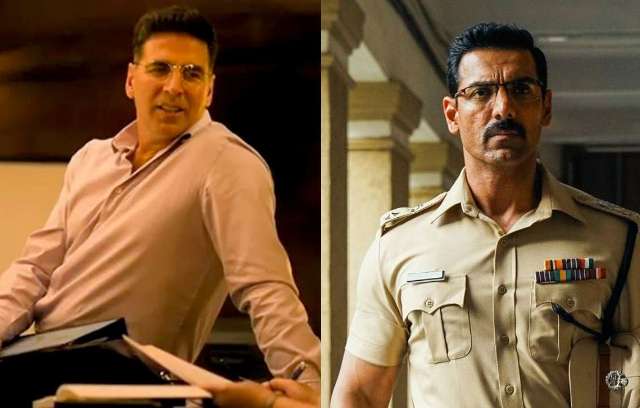 Presented by Fox Star Studios, Jagan Shakti’s directorial has expectedly got succeed to impress almost everyone and gathered a solid word of mouth. As a result, it did the business of 97.56 crores in the weekend that included 29.16 crores on Thursday, 17.28 crores on Friday, 23.58 crores on Saturday & 27.54 crores on Sunday.

Then on weekdays, despite a usual drop in footfalls, Mission Mangal had managed to collect 8.91 crores on Monday, 7.92 crores on Tuesday & 6.84 crores on Wednesday. On the next day i.e. 2nd Thursday, the film has bagged the amount of 6.93 crores and raised its 8-days first-week total domestic collection to 128.16 crores nett.

In parallel, the adjacent major Hindi release Batla House has also received mostly positive reviews from the viewers and gathered a good word of mouth. In the weekend, it did the business of 47.99 crores with 15.55 crores on Thursday, 8.84 crores on Friday, 10.90 crores on Saturday & 12.70 crores on Sunday.

On weekdays, John Abraham and Mrunal Thakur starrer had remained steady despite a major decline and minted the amount of 5.05 crores on Monday, 4.78 crores on Tuesday & 4.24 crores on Wednesday. On 2nd Thursday, Nikkhil Advani’s directorial managed to collect 3.78 crores and raised 8 days total collection to 65.84 crores nett.