After a good opening weekend, Ayushmann Khurrana’s latest offering Shubh Mangal Zyada Saavdhan has recorded higher than expected drop in footfalls and registered a decent week. While Vicky Kaushal starrer Bhoot: The Haunted Ship has remained steady at a lower side on weekdays after a disappointing weekend. 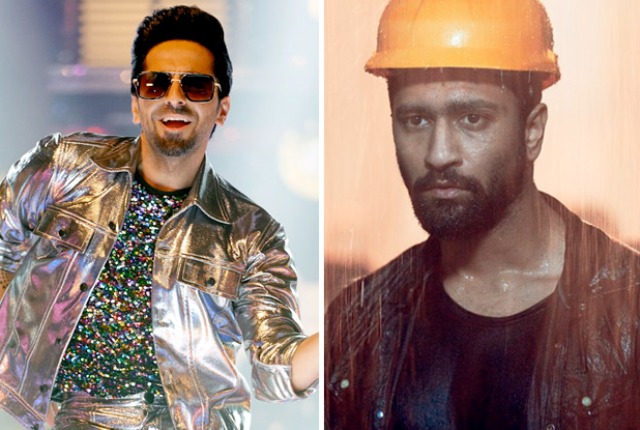 Produced by Aanand L Rai and Bhushan Kumar, the Hindi comedy-drama SMZS has entertained many in theatres and gathered a favourable word of mouth. In the weekend, it had raked the business of 32.66 crores that included 9.55 crores on Friday, 11.08 crores on Saturday & 12.03 crores on Sunday.

Then on weekdays, Hitesh Kewalya’s directorial Shubh Mangal Zyada Saavdhan had got dropped significantly and did the business of 3.87 crores on Monday, 3.07 crores on Tuesday & 2.62 crores on Wednesday. On the next day i.e. Thursday also, it has managed to collect 2.62 crores and raised one week total collection to 44.84 crores nett.

In parallel, Dharma Productions’ presentation Bhoot: Part One – The Haunted Ship has received mixed reviews from critics as well as the audience because of its unimpressive screenplay. In the weekend, it had garnered the business of 16.36 crores with 5.10 crores on Friday, 5.52 crores on Saturday & 5.74 crores on Sunday.

On weekdays, Bhanu Pratap Singh’s directorial had witnessed a heavy drop but managed to remain steady and did the business of 2.32 crores on Monday, 2.10 crores on Tuesday & 1.85 crores on Wednesday. Then on Thursday, the film has scored 1.55 crores and raised 7 days total collection to 24.18 crores nett at the domestic box office.