After passing the opening weekend at a decent note, Taapsee Pannu’s latest offering Thappad has unexpectedly recorded a significant drop in footfalls on weekdays. But due to a positive word of mouth, it has managed to remain steady at a lower side and registered an average week. 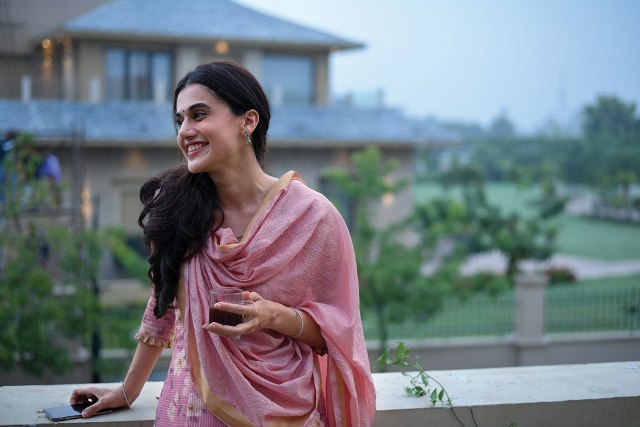 Directed by the director of critically acclaimed Mulk & Article 15, Anubhav Sinha, the female-oriented drama film has got succeed to impress critics and received positive reviews. From the audience as well, it has got favourable reactions but unfortunately got failed to witness desired response at the box office.

Last Friday, Thappad had started the journey at a decent note and after a good jump over the weekend, it had raked the business of 14.66 crores nett that included 3.07 crores on Friday, 5.05 crores on Saturday & 6.54 crores on Sunday.

Then on weekdays, Bhushan Kumar and Anubhav Sinha’s production had got dropped by a significant rate and minted the amount of 2.26 crores on Monday, 2.21 crores on Tuesday & 2.01 crores on Wednesday. On the next day i.e. Thursday, the film has faced a further decline and bagged the amount of 1.65 crores.

After a week, the total collection of Thappad has become 22.79 crores nett at the domestic box office. From this Friday, the much-awaited action-thriller Baaghi 3 is all set to take the charge, so it won’t be easy for Taapsee Pannu starrer to survive in the second week.